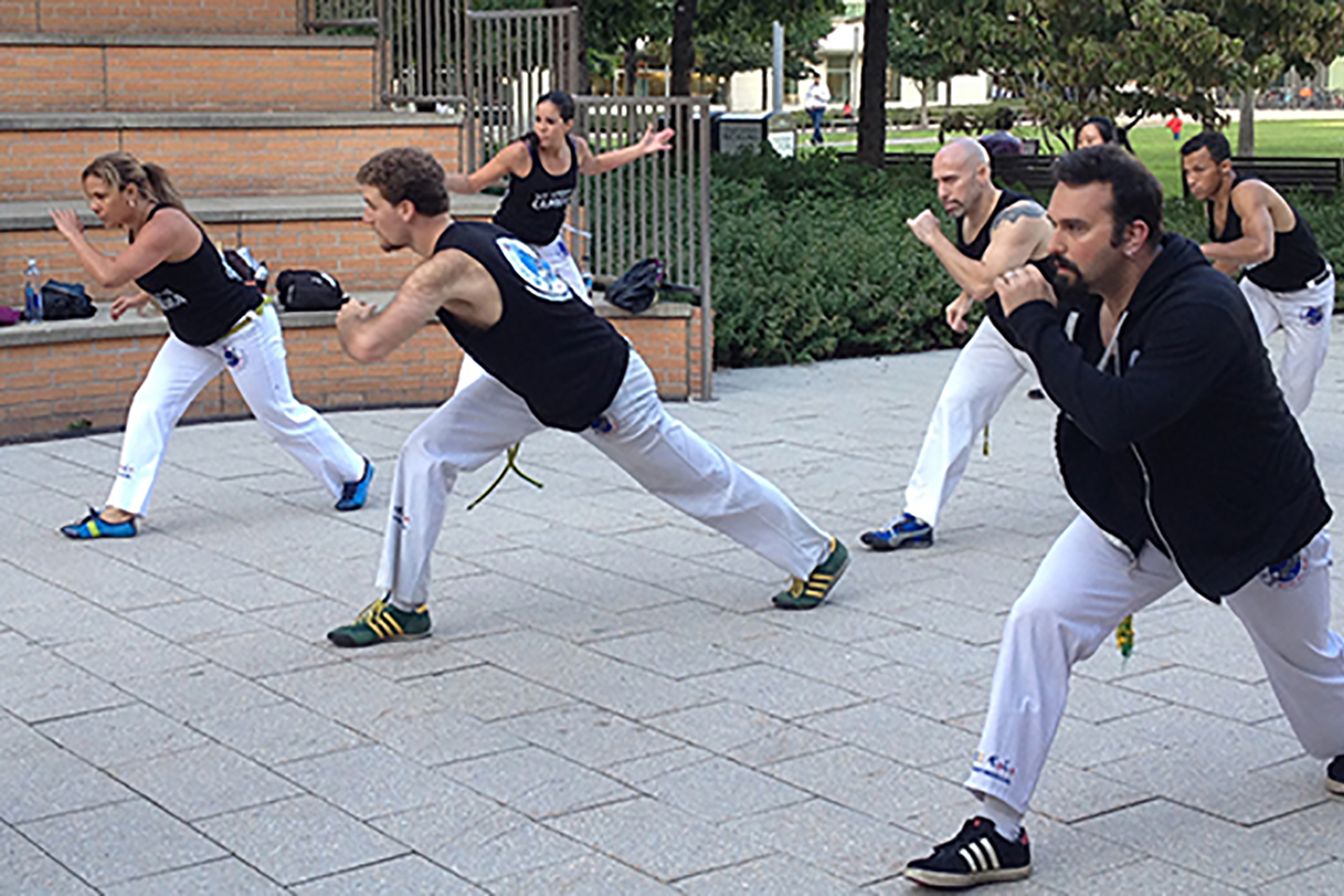 The Capoeira Gerais team, lead by Master Marquinhos, led students through some basic moves September 24 at the Stata Center. Gerais means “general” in Portuguese. This name was chosen by Capeira Gerais to signify that Capoeira is for everyone–all ages, all physical abilities, all ethnic and social backgrounds.

Capoeira is a Brazilian martial art form combining elements of dance and music. It was created during the Portuguese colonial period of the 16th Century. African slaves developed this martial art camouflaged as a dance with the hopes of rebelling against their captors. It was developed mainly in the states of Bahia, Pernambuco, Rio de Janeiro, and Sao Paulo.

It is “played” (it is known as the game, or jogo) in a circle called a roda, accompanied by music and singing. Over the years Capoeira has progressed from a forbidden and marginalized art form to an accepted and revered part of Brazilian culture practiced by all classes, genders and races of people.

This event was sponsored by MIT-Brazil and the Portuguese program of Global Studies and Languages.