Global Languages offers an array of classes and academic programs across a number of major world languages. 21G classes fit with any course of study at MIT, and for undergraduate students can be used to fulfill the GIRs (including HASS Distribution, Concentration, and Elective components) and CI-H requirements. Students further have the option to pursue minors or majors in a range of language and culture studies. Global Languages classes can also be applied to SHASS Interdisciplinary Programs or Applied International Studies.

Concentrations in languages require that students advance at least through semester “IV” of the target language, with a minimum of three subjects. Students who commence at semester I should typically complete four subjects (semesters I-IV); students who commence at semester II or above need only three subjects. Typical pathways through the Concentration may include, for example: semesters I-IV; II-IV; or III-V. With advisor approval, other subject combinations may be appropriate for the Concentration.

Students can concentrate in languages not offered in Global Languages through the Other Languages Concentration. Other languages taught at MIT include: Latin, Classical Greek, and Old English (offered by the Literature Section). Students may also study other languages through cross-registration at Harvard University and Wellesley College, or (with approval from the appropriate transfer credit examiner and the Concentration advisor) by taking classes at another accredited institution of higher education.

The Theory of Language Concentration requires two subjects at semester IV or higher in different languages, plus one linguistic theory subject. The current Concentration advisor is Suzanne Flynn.

Classes in the SILC Concentration are taught in English and enable students to study other cultures and societies, either in tandem with or separate from study of a target language. Concentrations in SILC require three subjects with a coherent theme or area of focus, selected in consultation with the SILC advisor. The current Concentration advisor is Emma Teng.

Often building on the Concentration, a minor in a global language enables students to progress through intermediate and advanced language instruction, and to take content classes in the area of study. Minors are available in Chinese, French, German, Japanese, and Spanish. To declare a minor, consult with the appropriate minor advisor to develop a course plan and then submit a completed HASS Minor Application Form to Global Languages Undergraduate Academic Administrator Joyce Roberge and SHASS Academic Administrator Andrea Wirth. 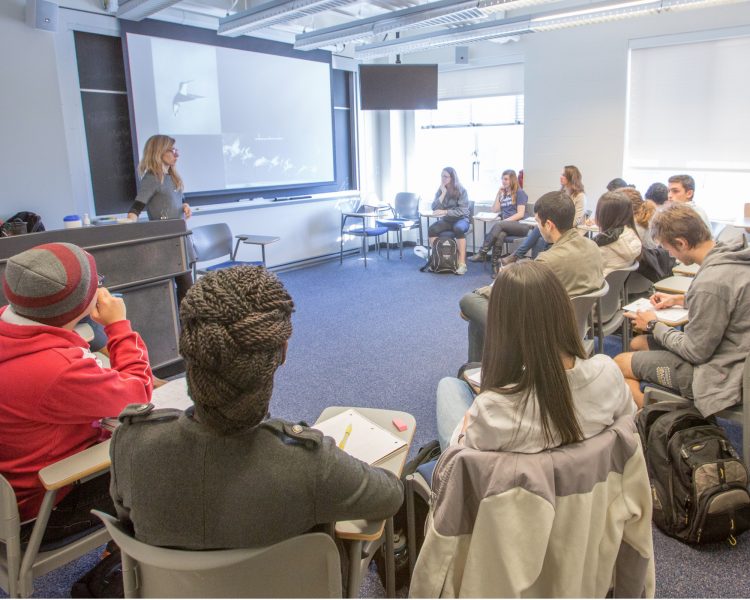 As part of the minor and major programs, students participate in topical and discussion-based classes, in English and target languages.

Commencing at semester III of the language curriculum, the minor consists of six subjects, five of which may overlap with the 8-subject HASS GIR. The sixth subject is counted toward units beyond GIR. Content classes are taught in the target language or in English (13-unit “Language Option” versions of subjects taught in English include additional coursework in the target language). See the 21G minor degree charts for full requirements.

Programs of study must be designed in consultation with the minor advisor and may incorporate cross-registration at Harvard University and Wellesley College, or (with approval from the appropriate transfer credit examiner and the minor advisor) coursework from another accredited institution of higher education. Students may concentrate and minor in the same language.

A 21G major enables students to advance their language study while engaging more deeply with a range of elective content classes in the area of study. Majors are available in French, German, and Spanish. To declare a major, refer to instructions from the Office of the First Year.

Commencing at semester III of the language curriculum, a 21G major consists of eleven subjects (138 units) representing a cohesive program of study. Content classes are taught in the target language or in English (13-unit “Language Option” versions of subjects taught in English include additional coursework in the target language). Students fulfill the CI-M program requirement by completing two 15-unit subject combinations, each consisting of a 3-unit communications subject taken concurrently with a 12-unit subject approved for the major. In these 15-unit combinations, students complete a communications-focused project relevant to the class topic under the supervision of the faculty instructor. In consultation with the major advisor, students who demonstrate excellence in their field of study may incorporate a pre-thesis (21G.THT) and thesis (21G.THU) into their course, for up to 18 units of the 138 units in the major. See the 21G major degree charts for program details.

Programs of study must be designed in consultation with the major advisor and may also incorporate cross-registration at Harvard University and Wellesley College, or (with approval from the appropriate transfer credit examiner and the major advisor) coursework from another accredited institution of higher education. Students may complete a Concentration and major in the same language, but may not obtain both a minor and major in the same language.

Students must consult with the SHASS Academic Administrator Andrea Wirth to develop a proposal and obtain approval from the faculty advisors in the relevant fields. See the SHASS website for program details.

“At an institute that is so technically focused, I really enjoyed having a smaller, discussion-based class that pushed me to think about the world through a different lens.”
Madeleine Kline, SB '20
Biology, Chemistry dual majors, Spanish minor.