Looks back on the 'No recuerdo' and the 'MITUPV Exchange' projects 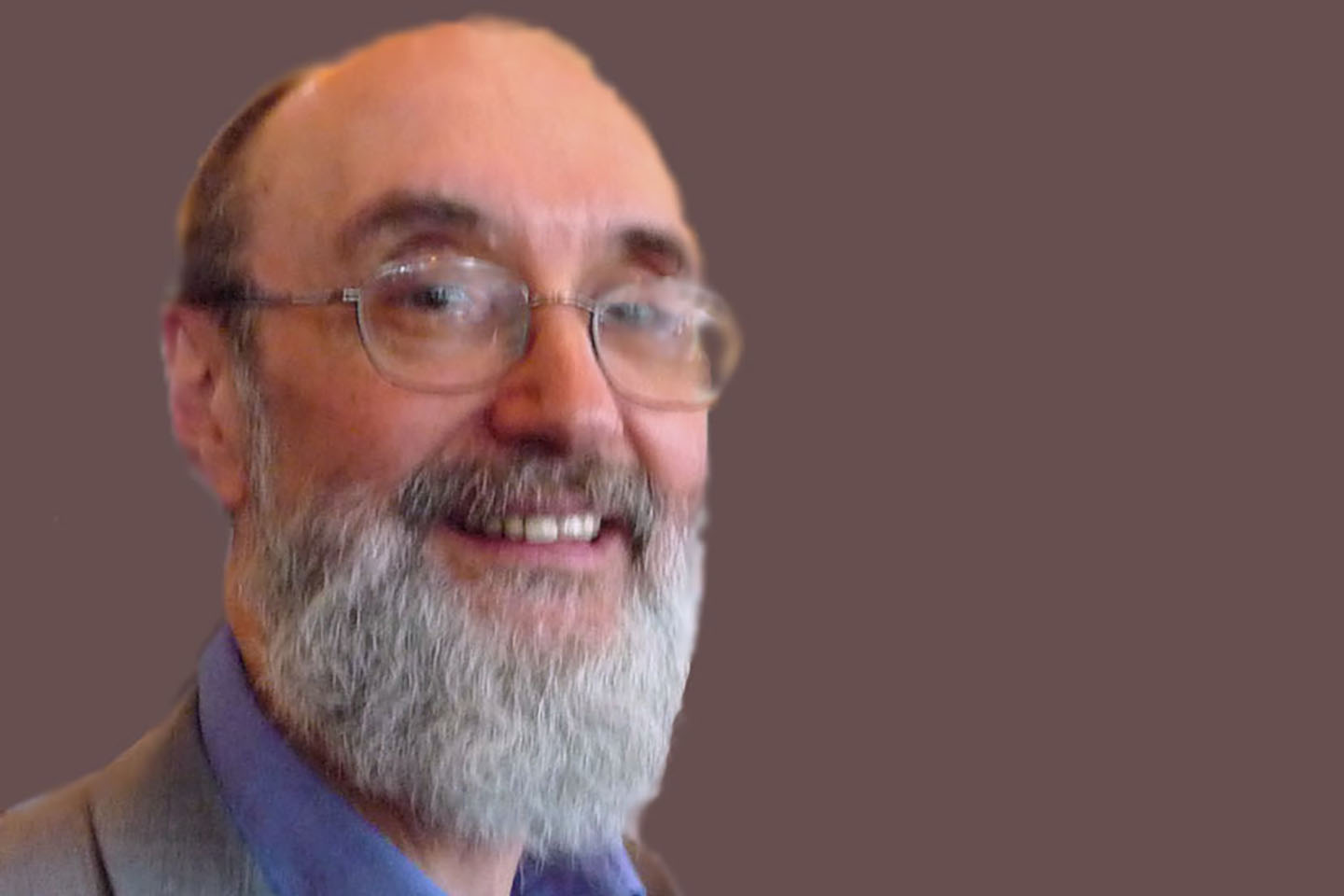 In a phone interview conducted in January 2020, Douglas Morgenstern reflected on what was learned from the No recuerdo project, and the subsequent MITUPV Exchange project. Douglas Morgenstern taught Spanish at MIT from 1980 until his retirement in 2011. In this interview he reflects on two projects he led that utilized emerging new technologies for language learning.

The early ’80s was a time of great innovation in teaching technology—and MIT was in the forefront. Foreign Languages and Literatures (FLL), the predecessor of today’s MIT Global Languages, began to work closely in 1983-84 with the Experimental Study Group on a collaborative project within Project Athena to produce computer-based software for foreign language instruction under the direction of Dr. Janet Murray. This project aimed to bring artificial intelligence programming techniques and the latest research in communication theory to bear directly on second language pedagogy. In 1992, the Laboratory for Advanced Technology in the Humanities (LATH) was founded as the successor to the Athena Language Learning Project, focusing on technological applications in language, literature and other humanistic disciplines.

In collaboration with LATH, FLL undertook a number of Computer-Assisted Language Learning (CALL) projects, one of which was No recuerdo, an interactive narrative for Spanish language learning, led by Douglas Morgenstern. The project received funding from Janet Murray’s two-year grant from the National Endowment for the Humanities, Education Division. Additional funds were provided by The Consortium for Language Teaching and Learning.

Where did the No recuerdo project come from?

Morgenstern: MIT was a trailblazer in efforts to integrate computers with humanities with Project Athena. It came from outside of humanities, but humanities and Foreign Languages and Literatures, and some others, were eager to participate. The idea with No recuerdo was for students to learn Spanish in the context of interacting with characters in a story. The narrative of the program was that there was a Colombian scientist who loses his memory. The student participates by asking questions, getting information, and interacting with images and video. Actually, the idea was based on Gabriel García Márquez’ novel 100 Years of Solitude in which there existed a contagious amnesia.

Was the project successful?

Morgenstern: What happened with No recuerdo was it was an ambitious idea executed with very limited computational power. We started our project in the early 80s. Remember this was more than a decade before the web was widely-accessible. Everything was done with what we would now consider primitive computers. Video was initially on laser disks. This was pre-DVD. In a way, No recuerdo was trying to do something that was not yet possible. Students would type their input. But it was filled with errors, so no matter how much data we put in, the program would get thrown off. It couldn’t come up with an answer. We tried having students choose from a selection of questions and comments. A video of a character would then respond. But the computer chip was too slow. This was before the fast chips. It was very clunky. At the end we had a lot of pieces, but we couldn’t complete the project. Some of the projects that were culturally rich—but required simpler programming—did come to fruition. Gilberte [Furstenberg]’s project A la Rencontre de Philippe is one of several examples.

Were you just ahead of your time?

Morgenstern: No recuerdo tried to use AI in such a way that required it to learn about the user, and to use features of language like gender and number, with text and interactive video, in a way that was just way too ambitious for the computers and programming available at that time. So, we had a vision, but never quite completed the project the way we wanted to. The vision was based on the idea that the computer could generate content that more-or-less paralleled human speech. The machine would try to understand the question and come up with an appropriate answer. The machine would know vocabulary and the syntax of the language and come out with something like a conversation.

This idea espoused by MIT in the early days—that you could create a computer program that could use language, and in a sense “understand”—eventually fell into disfavor. Now everything in AI is mostly based on big data, like in translation machines. The program doesn’t have a clue as to meaning. But it looks up millions of cases where the phrase occurs. It figures out the next probable word.

How do you feel, looking back, about No recuerdo as a language-learning tool?

Morgenstern: The problem with No recuerdo is that it is all “top down.” That is, the teacher or programmer had to have an idea where the student was supposed to go. All this was set up in advance. It wasn’t student-generated input. Students were reacting to a schema presented to them. I was involved in a later project, MITUPV, which was quite different. It was all based on student-generated content, including photos and videos.

Tell us more about MITUPV.

Morgenstern: This was first conceived in 1999 and started in 2000. There was a social dimension and it was completely based on what students wanted to talk about. Actually, in some ways it anticipated Facebook (2004) and YouTube (2005).

MITUPV was an online exchange between students in several universities—MIT students in Spanish III classes communicating with students studying English and other subjects at the Universidad Politécnica de Valencia (UPV) in Spain, possible through the cooperation of Adolfo Plasencia, who worked tirelessly with students and faculty at that university. It was programmed as part of a class project by the students Kathy Lee and Aimee Lee in a Course 6 subject, Software Engineering for Web Applications, taught by Hal Abelson and Philip Greenspun. Some other universities also joined in at a certain point from the US and the UK and other countries. Students could decide what ideas they wanted to share about the world, about their campuses, and about their social lives. For example, when 9/11 happened, the program existed at that time, and students from Spain sent condolence messages. A similar thing happened in Spain—the Madrid train bombings—a few years later, and MIT students shared their messages and condolences. A few times friendships went beyond the virtual world, and students would visit and meet each other. It was very rich, very open, and grew quickly to have hundreds of, and eventually about two thousand, users. But only students in a class would be accepted as users. It wasn’t open. But it became a learning experience in which students saw the differences and similarities in culture. Wired did an article on it. The project ended in 2011 when I retired from MIT. The funny thing is I would give talks about this project at conferences and often I would get the comment that it was too “open” and not directed enough. But now everything on the web is super-open!

Now that the web makes so much available in many languages, what’s the role of YouTube, Skype, and all the newer platforms, in the classroom?

Morgenstern: Today there’s actually an overabundance of material. Netflix has dozens of examples of series and films with subtitles that you can use to practice your foreign language. There are numerous YouTube videos. Students are bombarded with content. But not everything is of equal value. The teacher can play a key role in selecting materials, and also in working with students to analyze what they are seeing.

The key word in the humanities for the past several decades is to teach critical thinking. Teach the students how to look and analyze. This is hard enough even in English with “fake news.” How do you look at websites and determine if the content is worthwhile—or if it’s a particular perspective from a weblog?

Teachers also have to evaluate how to spend time in the classroom. What are the most effective methods? The key is always time and concentrating on methods that result in better communication. There’s also the question of what the students are trying to accomplish. One may want to use the language for a trip abroad. Another may want to use it for pre-med. Their goals are different. But with any project, or even textbook: how do you determine which aspect of the learning platform is the most successful and efficient?

Douglas Morgenstern, Senior Lecturer Emeritus in Spanish, taught intermediate and advanced Spanish language courses from 1980 until his retirement from MIT in 2011. Previously he taught Spanish at Stanford University, Spanish and ESL at community colleges in California, and English in Colombia, where he served in the Peace Corps. He has taught first-year Spanish at the Harvard University Extension School since 1981, given entirely online since 2014.

From No recuerdo: a “news report” of the biologist’s disapearance.

Video from a UPV student posted on MITUPV Exchange, 2003