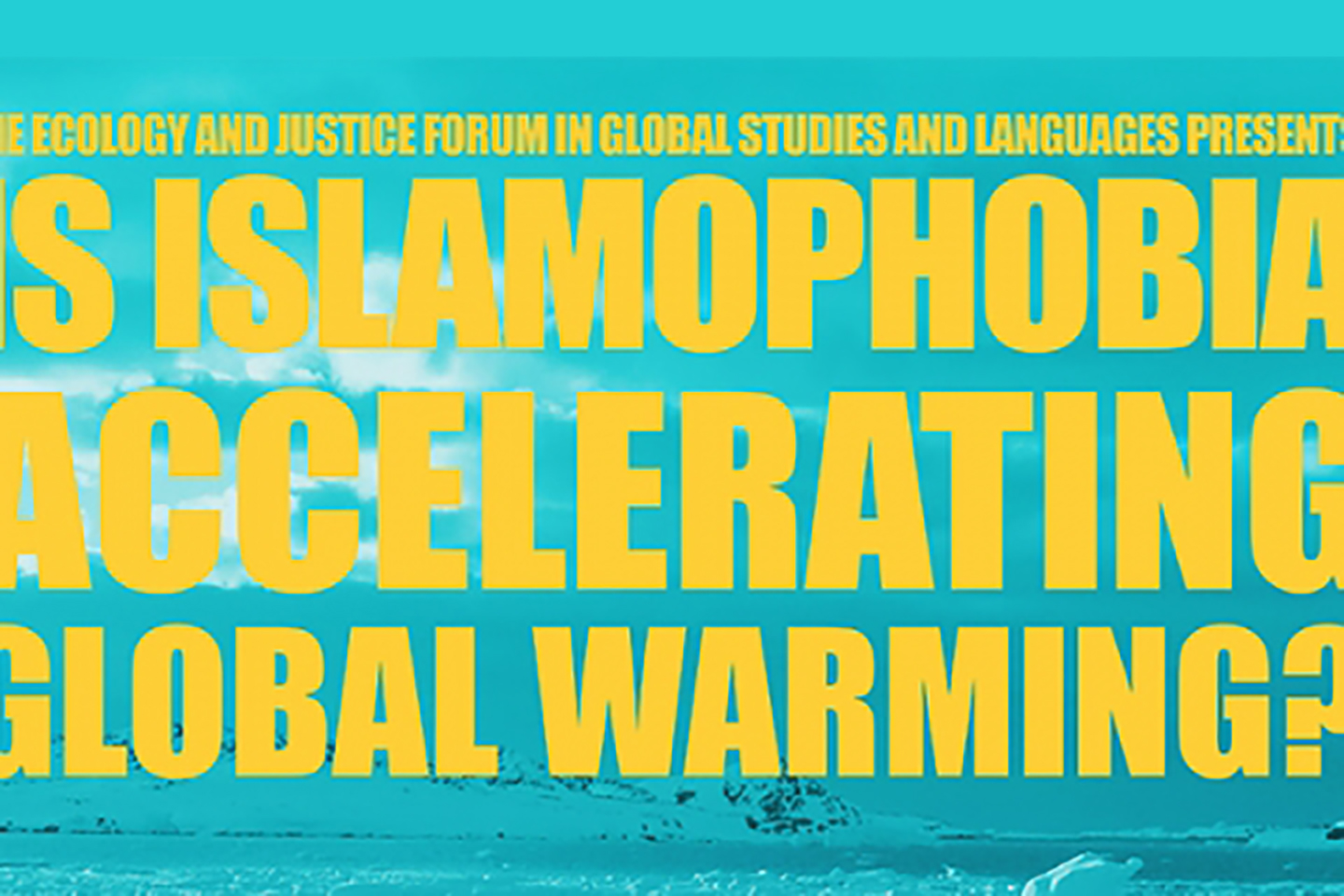 The Ecology and Justice Forum In Global Studies And Languages Presents:

Ghassan Hage is Future Generation Professor in the School of Philosophy, Anthropology and Social Inquiry, University of Melbourne

This talk examines the relation between Islamophobia as the dominant form of racism today and the ecological crisis. It looks at the three common ways in which the two phenomena are seen to be linked: as an entanglement of two crises, metaphorically related with one being a source of imagery for the other and both originating in colonial forms of capitalist accumulation. The talk proposes a fourth way of linking the two: an argument that they are both emanating from a similar mode of being, or enmeshment, in the world, what is referred to as ‘generalised domestication.’

Ghassan Hage has held many visting positions across the world including in Harvard, University of Copenhagen, Ecoles des Hautes Etudes en Sciences Sociales and American University of Beirut. He works in the comparative anthropology of nationalism, multiculturalism, diaspora and racism and on the relation between anthropology, philosophy and social and political theory. His most well-known work is White Nation: Fantasies of white supremacy in a multicultural society (Routledge 2000). His is also the author of Alter-Politics: Critical Anthropology and the Radical Imaginary (Melbourne University Press 2015). He is currently working on a book titled Is Islamophobia Accelerating Global Warming? and has most recently published a piece in American Ethnologist, titled: “Etat de Siege. A Dying Domesticating Colonialism?” (2016) that engages with the contemporary “refugee crisis”  in Europe and beyond.

The talk is free and open to the public.