The Computer Wars: Chinese Script in the Age of Alphanumeric Hegemony 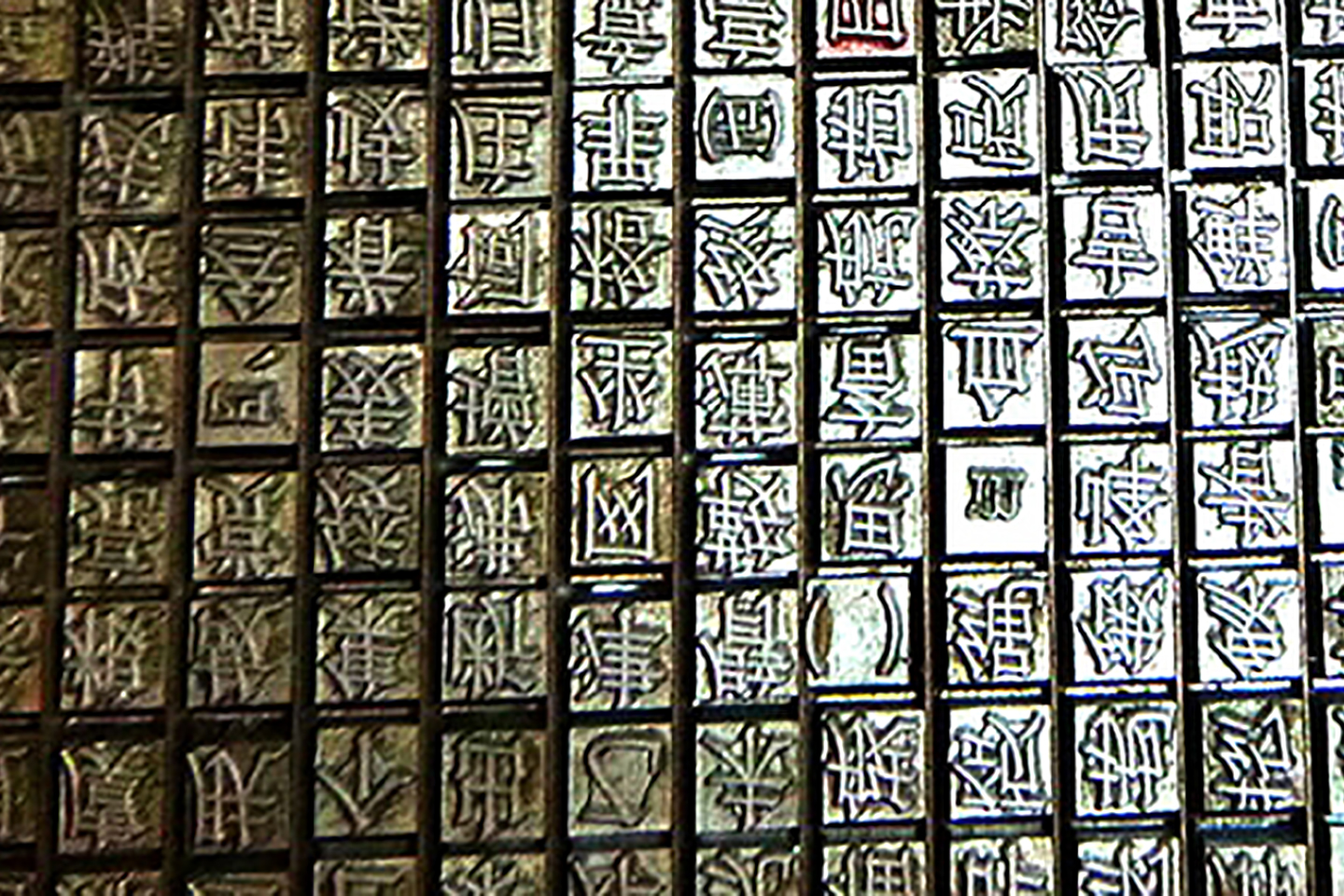 Early in the history of computing, Western engineers determined that a 5 x 7 dot matrix grid offered sufficient resolution to print legible Latin alphabetic letters. To do the same for Chinese – a writing system with no alphabet, and whose graphemes present greater structural nuance, variation, and complexity – required engineers to expand this grid to no less than 18 x 22. In the 1960s, the development team behind ASCII (the American Standard Code for Information Interchange) determined that a 7-bit coding scheme and its 128 addresses offered sufficient space for all of the letters of the Latin alphabet, along with numerals and key analphabetic symbols and functions. Chinese characters, by comparison, in theory demanded no less than 16-bit architecture to handle its more than 70,000 characters. And of course, long ago Western computer engineers piggy-backed on the preexisting typewriter keyboard, using the two-dimensional SHIFT key to toggle between lower and uppercase letters. By comparison, Chinese keyboard designers from the 1970s onward experimented with what might be termed “hyper-SHIFT” – 15-level SHIFT keys which transformed “flat” touchpad surfaces into hyper-dimensional Chinese character interfaces. Whether in terms of screens, printers, interfaces, character encoding schemes, optical character recognition algorithms, or otherwise, Chinese has constantly pushed to the world of computing far beyond its familiar alphabetic ecologies. In this talk, Thomas S. Mullaney charts out the ecologies of Chinese computing, an unfamiliar terrain that remains unmapped despite China’s present-day status as a global IT powerhouse.

Tom Mullaney is Associate Professor of Chinese History; Director of Undergraduate Studies; Department of History Faculty Fellow, Science, Technology, and Society (STS); and Faculty Associate, Modern Thought and Literature (MTL) at Stanford University. He is the author of The Chinese Typewriter: A History (MIT Press 2017), Coming to Terms with the Nation: Ethnic Classification in Modern China (UC Press, 2010), and principal editor of Critical Han Studies: The History, Representation and Identity of China’s Majority (UC Press, 2011).