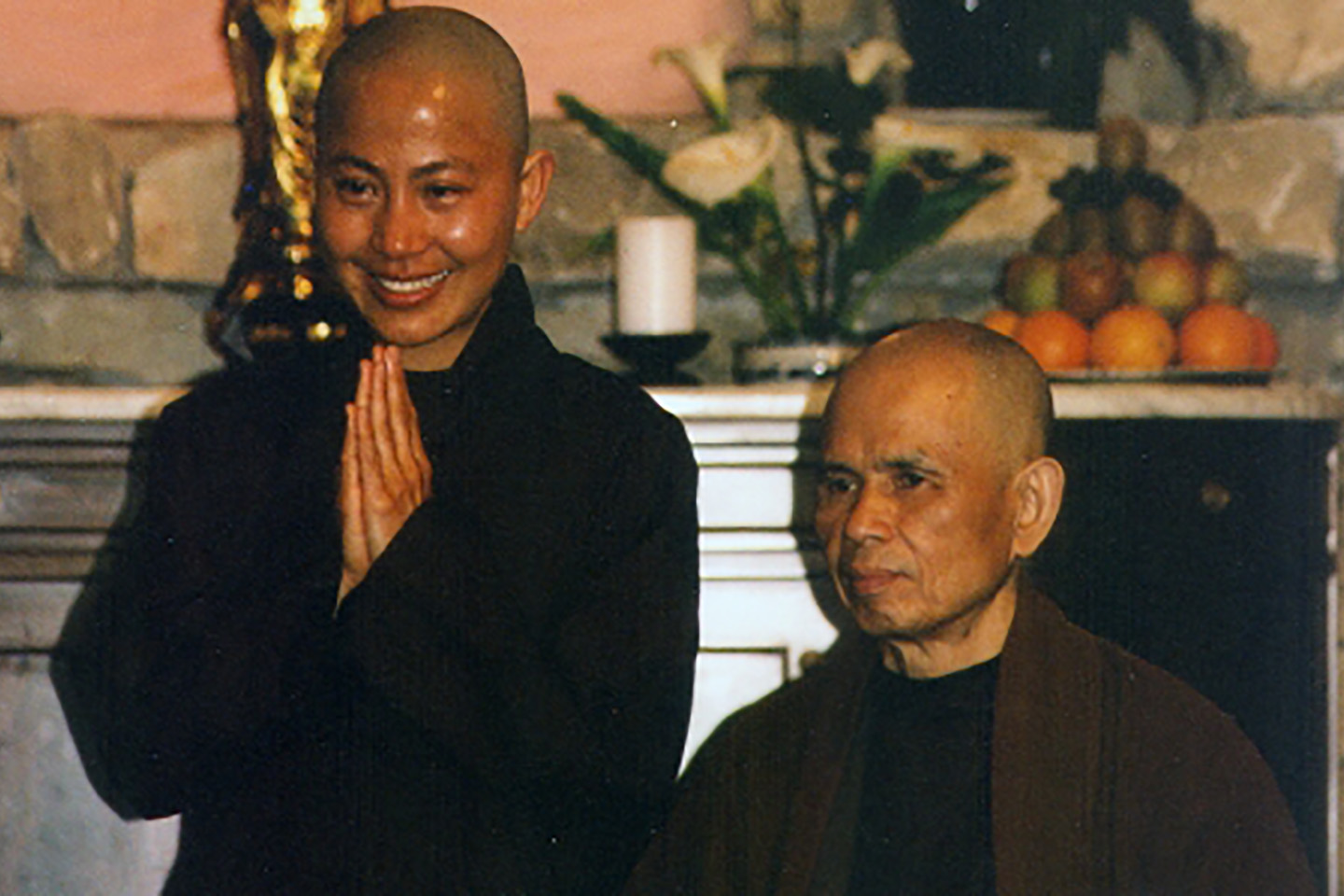 T.T. and W.F. Chao Distinguished Buddhist Lecture Series engages the rich history of Buddhist thought and ethical action to advance critical dialogues on ethics, humanity, and MIT’s mission “to develop in each member of the MIT community the ability and passion to work wisely, creatively, and effectively for the betterment of humankind.”

Sister Dang Nghiem is a monastic disciple of Zen Master Thich Nhat Hanh. She is the author of two books Healing: A Woman’s Journey from Doctor to Nun and Mindfulness As Medicine. Born during the Tet Offensive and part of the group of Amerasian children given amnesty after the Vietnam War, she arrived in the United States penniless with a younger brother and lived in foster homes. She went on to graduate from high school with honors, earn two undergraduate degrees, and receive her medical training at UCSF School of Medicine. In 2000, Sister Dang Nghiem left medicine and became a Buddhist nun in the Plum Village tradition of Zen Master Thich Nhat Hanh. In 2011, Sister Dang Nghiem contracted neuro-Lyme disease, a rare and severe form of the disease that affected both her physical and cognitive abilities. Strongly determined, she applied her mindfulness practice and medical knowledge to heal her illness and, subsequently, wrote the book Mindfulness As Medicine. Sister Dang Nghiem is a motivational speaker and an inspiration for anyone who has ever suffered from childhood abuse, trauma, life-changing loss, severe illness, or chronic disease. She currently resides at Deer Park Monastery.

Sister Truc Nghiem is a monastic disciple of Zen Master Thich Nhat Hanh since 2002. She had been trained as a nurse in Vietnam before she came to the United States. She currently resides at Deer Park Monastery.