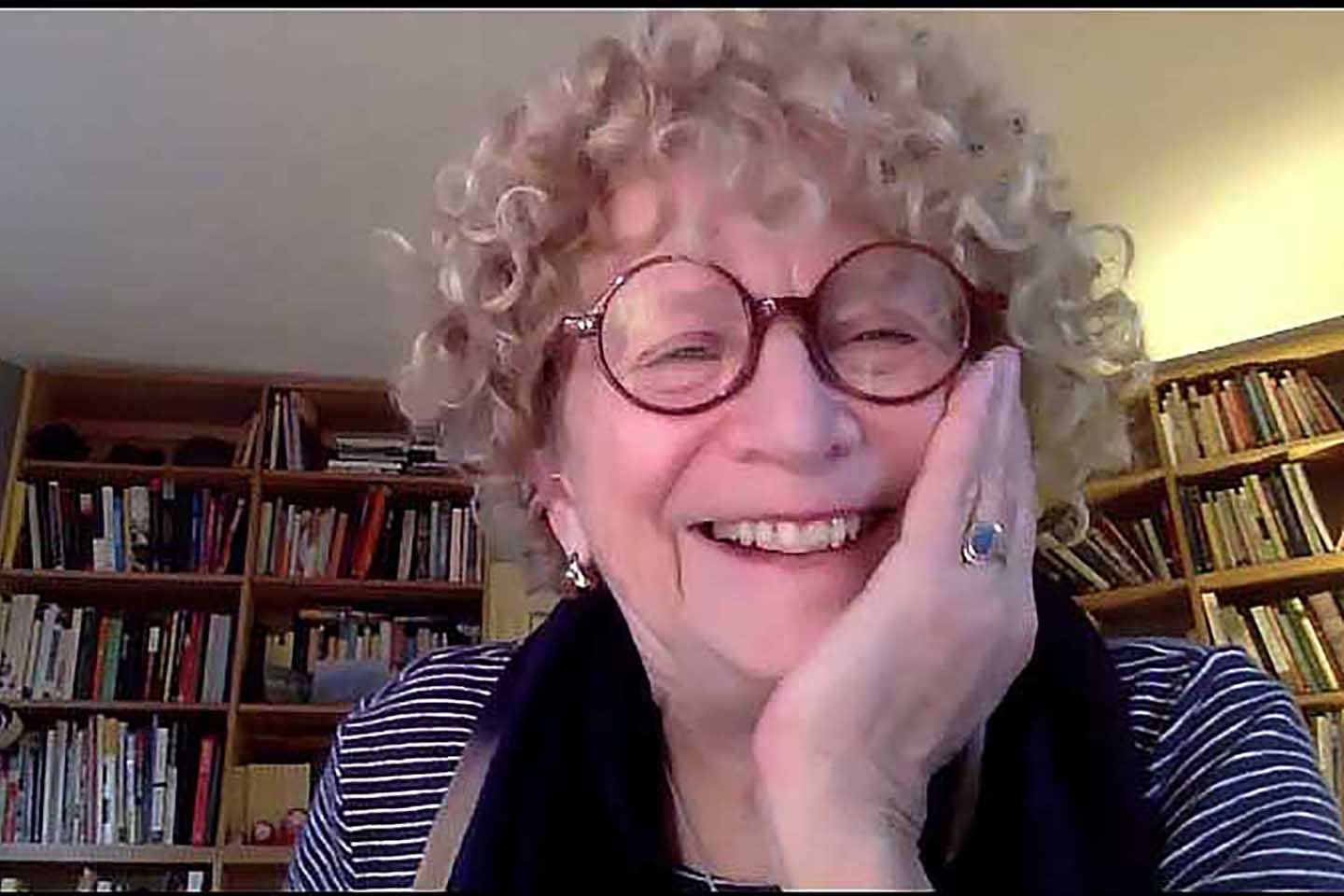 Did you know that Japan has a long history with coffee? Or that Japanese brewing methods and equipment can be found in cafés from New York to London and Taipei?

MIT undergrads had a chance to talk with Professor Merry White of Boston University at the March 11 virtual meeting of MIT’s First Year Learning Community, Tutmonda. Professor White is an anthropologist interested in Japan; urban social spaces; travel; Asian American women, travel and tourism. She is the author of numerous publications including Coffee Life in Japan, and also an experienced chef and cookbook author, as well as coffee connoisseur. White uses coffee as a lens through which to appreciate different facets of culture and history in Japan.

Professor White explained that Portuguese traders and missionaries first brought coffee to Japan in the 1500s – even before coffee was commonly drunk in Europe. In the late 1800s Japanese contract farmers went to Brazil to labor in the coffee fields. Coffee traders began to go back and forth between Brazil and Japan. In the early 1900s, the world’s first coffee chain, Café Paulista, was started in Japan with the help of the government of Brazil. By the 1920s, coffeeshop waitresses were seen as fashion trend-setters with their western-influenced hair and clothes styles. By the 1930s (and again in the 1960s) cafés in Japan had become student hangouts where radical politics were discussed.

Today Japan has a robust scene for the coffee aficionado, including the proliferation of cafés and specialty coffee roasters.

You see a lot off coffeeshops in Japan with a particular “personality,” reflecting the aesthetic of the owner—for example Café Francois in Kyoto is modelled on an image of a Viennese coffeeshop, with red velvet furniture and Mozart playing in the background. Or you might visit one of the coffee houses with a Bauhaus modernist decor. “Cafés are a bit like a stage set. You become a different person when you walk in. You become the person of that space,” White explained. “The place where coffee is drunk is important.” She said the coffee shop is a “third space” — not home, nor work or school. “It’s a place to go to not be the person you are in those other places.” She explained, “A lot of cafés are a place to be private in public. Being alone and contemplative is valued. You don’t see a lot of laptops in Japanese cafés.”

Usually the owner is highly involved in the café. The owner is there making coffee, and may roast and grind the beans in the shop. And the owner may bring a certain artistic or philosophical approach. Espresso machines may be eschewed. Beans may be ground on the spot for each cup being brewed. White described one shop where the owner hand-weaves cloth coffee filters.

The Japanese are best known around the world for a few types of coffee brewing, including the siphon-style and the pour-over method using particular equipment for each purpose.

White said that the politics of coffee is a complex issue. Coffee is consumed around the world, but most coffee-producing countries are not the highest coffee-consuming countries. Environmental questions, as well as questions of fair trade and labor conditions and pay come into play.

Benjamin Aldes Wurgaft, a writer and historian, joined the session to demonstrate the Japanese pour-over method of coffee making. He pointed out that connoisseurs of coffee often speak about coffee with as much passion and with the same kind of specialized language as do connoisseurs of wine.