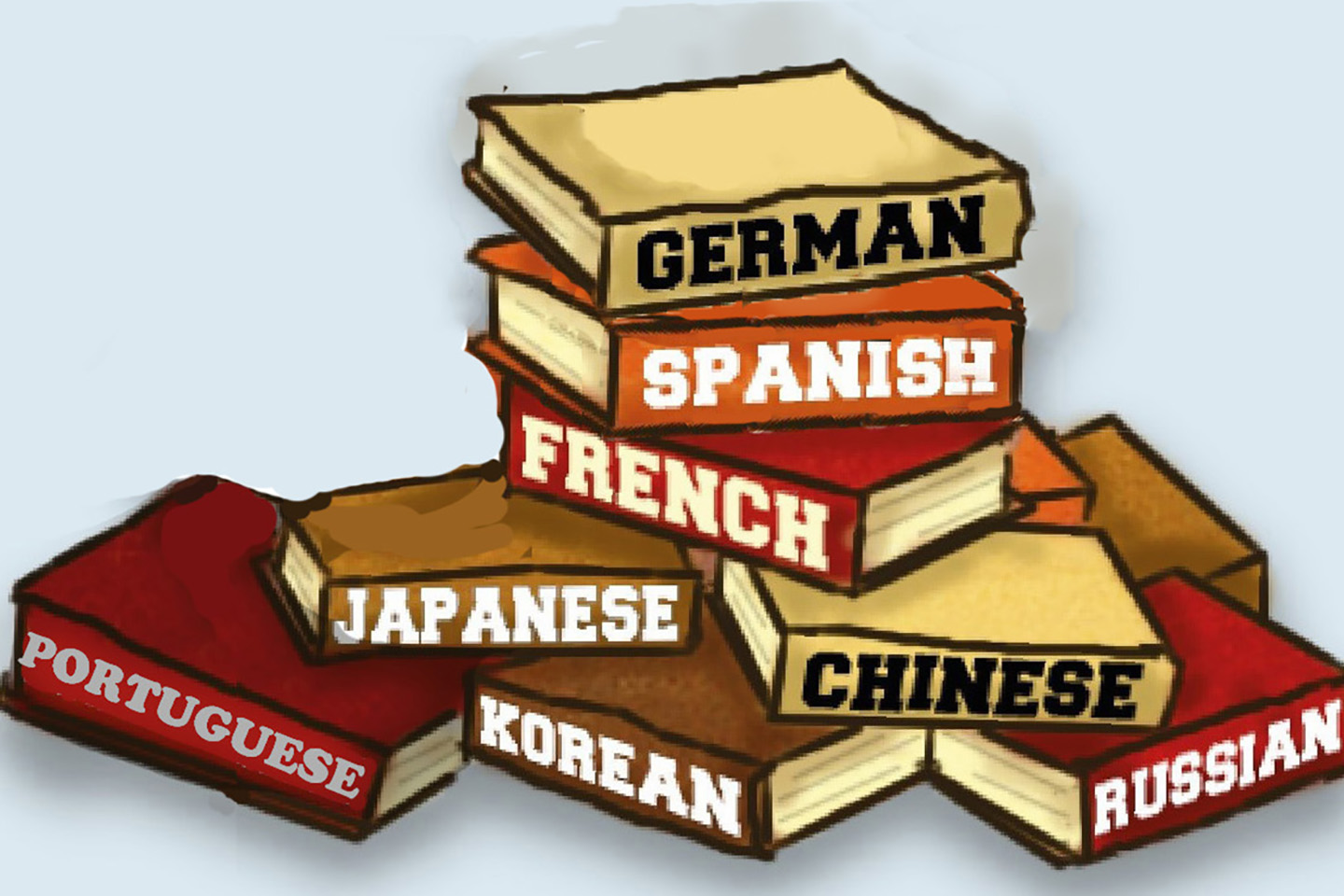 MIT’s Independent Activities Period (IAP) runs from the first week of January until the end of the month. In IAP, Global Languages offers intensive classes that cover a semester’s worth of material, meeting three hours per day five times a week. This year, students could take introductory (Level I) classes in Chinese, French, German, Japanese, Korean, Portuguese, Russian, and Spanish.

“There were strong enrollments for the IAP classes this year,” explained Undergraduate Academic Administrator, Joyce Roberge. “And students who signed up stuck with it! There was very little attrition. I heard great things about how the classes went this IAP. And I think that is due in large part to the tremendous work of the instructors.”

Taking an IAP language class is a great way to jump-start language learning, but teaching one poses a challenge to Global Languages lecturers: how do you keep intensive language classes fun, engaging, but also rigorous in the remote teaching and learning environment? Global Languages lecturers share below how they turned their intensive on-campus classes into successful remote experiences. 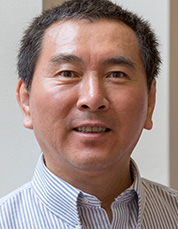 Tong Chen likes starting his Chinese I class off with music or videos to set the right tone and get students in the mood for class. He reports: “I spent a lot of time thinking about how to maximize the equal participation of all the students.” He incorporated lessons from previous terms teaching on Zoom, using “breakout rooms to pair students for practice with words and structures they had just learned in class.” Chen also made the best of Zoom sessions without walls (or time zones), arranging language and cultural exchange for MIT students with counterparts from universities in China and Taiwan, and also incorporating new tools into his teaching: “I designed some games on Kahoot for the last five minutes of each class to test students’ understanding of what was covered in the lesson. Students really enjoyed the games.”

Describing the class experience, one student wrote: “Despite the intense pace and amount of information we had to learn, I was always happy to practice and study because of how much I loved the class.” (Shelby Laitipayawith, double majors in Brain & Cognitive Sciences and Biology, class of 2023). 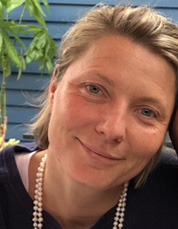 Isadora Nicholas taught French I over IAP. She explained, “In my view, to effectively teach a foreign language, it’s important for students to trust each other, feel a sense of safety so that they can embrace being vulnerable. In a way, sharing the hardships of this pandemic is a uniting factor and attending a class from your living space (whether it is home or a dorm), feels somewhat even more personal. One of the great perks of teaching an intensive course is that you get to know your students very quickly and they have the opportunity to bond by the end of the first class. Teaching this IAP session online did not deter from that norm. I met dogs, roommates, and knew students’ travel schedule. Some students lived on boats, others Zoomed from their hammocks in the sun.  Students were united from all over the world (from Africa, to Puerto Rico, Hawaii and Asia) and shared this experience with humor and determination.” Nicholas said that her students responded creatively to class assignments. “Their ability to have fun and be creative was endless thanks to technology!” 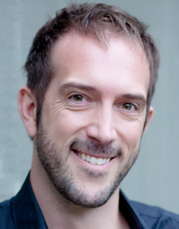 Mark Römisch asked students in his German I class to present a German nature poem. He observed, “I have taught this course multiple times in-class, at MIT and elsewhere, but I haven’t seen that amount of creative expression before. Some students recited the poem over a slide show of the German forests or artworks from around the world that matched the lyrics; another student found the melody of a German children’s song based on the poem and sang the entire piece with enthusiasm, and one student played a classical Schubert version on the piano while singing the piece with her classically trained voice. Finally, another student performed the same Schubert version of a cappella. It was a delight to see the class respond to the individual performances with virtual gestures and emoticons. The final presentation demonstrated beautifully how close the class had grown and of course, the students’ level of confidence in their language proficiency. ” 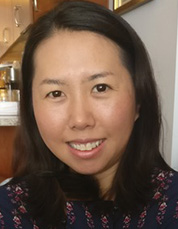 Emiko Rafique enlivened her Japanese I IAP virtual classroom with a Hiragana Art Contest for students. There are three kinds of scripts in the Japanese writing system: hiragana, katakana, and kanji (Chinese characters). In the art contest, students drew the faces of fictional characters from 鬼滅の刃 (known in English as Demon slayer: Kimetsu no Yaiba), a popular anime series from Japan. Students used the name of the anime character in hiragana, and transformed it into a piece of art.

One of the students in Emiko Rafique’s class said “It was certainly intense but definitely well worth it. Okayasu-sensei was an excellent teacher who instilled passion for the language in all of us. She also did a great job of making class fun, with lighthearted assignments and interesting discussion topics. Being remote had its challenges, but it had the cool effect of allowing us to talk about our respective locations (in Japanese of course :D). I would 100% recommend this class (remote or not) to all of my friends.” (Gabriel Ramirez, Computer Science and Engineering, class of 2021).

Hee-Jeong Jeong reflected on her Korean I class, saying: “What I cared about most this semester was to help  students feel a strong sense of community. Students saw each other every day for at least three hours (which must be more time than they spend with their family members!).” One way she created a community feeling in the class was to find venues for a lot of peer interaction among students. She explained, “One of the benefits of online learning is that it can provide an equal playing ground for all students so eventually each student has the opportunity to be able to interact with all students no matter where they are and whether they are introvert or extrovert and so on.”

She asked her Korean I students to submit their own recordings of Korean songs. “I actually listen to their songs every day before going to bed, and it is a delight after a tiring or hard day!”

Senior Stephanie Zhang remarked, “I was shocked and impressed at how much Korean we learned in such a short time period. The course was intense, but each class period flew by quickly as they were extremely interactive. I really appreciated having a set schedule and something to look forward to each day during this lockdown at home. It was very fulfilling to look back and reflect on the progress made this month!”

Christina Kim commented, “Taking Korean I during IAP was definitely one of the highlights of my online freshman experience so far!” 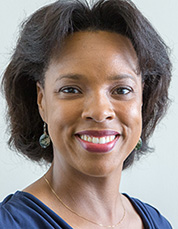 Nilma Dominique, who taught Portuguese I over IAP, agreed that remote teaching is a challenge. “Finding ways to keep the students engaged and actively participating in our daily three-hour remote course was not easy. But for some reason, we ended up with the feeling that students had learned a lot and time flew! We covered different aspects of Afro-Brazilian culture and musical rhythms every week on our ‘Fun Wednesdays.’ Students gathered to learn more about different Afro dances, had the chance to create their own drum to participate in a percussion workshop, and ended the course with a Capoeira (a Brazilian martial art) class.”

One student observed that they were amazed by how much was covered in just four weeks. The student added that as a result of the class they were able to hold a short conversation in Portuguese with a family member.

Students made oral presentations to the class on different aspects of Brazilian or Portuguese culture.

VIDEO: MIT student Daniel Gonzalez Diaz teaches a passion fruit mousse recipe he learned in class, with a special touch of his own. 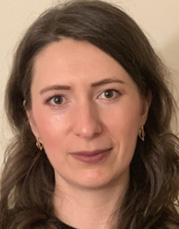 Maria Andrianova assigned Russian I students in IAP to work on a “cultural portfolio” project. With the help of the app Padlet, students created short posts on different topics in connection with grammar and vocabulary topics covered during the term. Among these projects were posts on Russian geography and history (“Russian superlatives” project), art (favorite paintings by Russian artists), animated film tradition (describing their favorite short animated films), and songs. Andrianova explained, “These projects became one of the highlights of the class, allowing students to express their creativity and interests, and to share cultural discoveries with each other.”

One of the students commented that going into the class they hadn’t realized that cultural discovery would be part of the class, which made it even more motivating to study Russian.

Below, the students describe paintings by Marc Chagall, Aleksei Savrasov, Natalia Goncharova and Konstantin Aivazovsky, commenting on the color scheme and the images, and sharing information about museums where one could see these paintings. 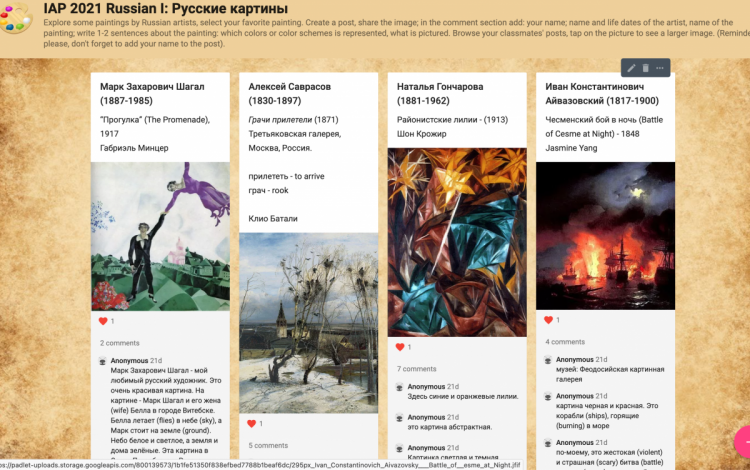 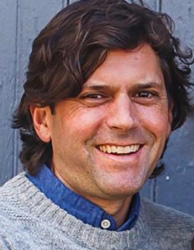 Robert Herr commended Spanish I students who joined the class despite sometimes adverse conditions, pointing to the “engaged MIT 1st, 2nd, and 3rd year students who braved this intensive class completely over Zoom. And with students logging in from residences across the globe, our West Coast students greeted us each morning with their “buenos días” at 8 am, while our Eastern European classmates signed off with a “buenas noches” as late as 2:30 am!”