Wang Laoshi was a lighthouse

We note with great sadness the passing of Professor Jing Wang on July 25. Professor Wang was the S.C. Fang Professor of Chinese Languages and Culture at MIT, having previously taught at Duke University (1985-2001) and Middlebury College (1982-1985). She served as Head of Foreign Languages and Literatures at MIT from 2005 to 2008, and as Director of the Institute of Civic Communication at Sun Yat-sen University, Guangzhou, China from 2011 to 2013. Wang is widely known for her scholarship on topics ranging from Chinese literature, to media, advertising, and activism. Her books include The Story of Stone, (1992), which was awarded an AAS Joseph Levenson Book Prize, High Culture Fever: Politics, Aesthetics, and Ideology in Deng’s China (1996), Brand New China (2009), and The Other Digital China: Nonconfrontational Activism on the Social Web (2019). With Chinese collaborators, Wang also founded the nonprofit project NGO2.0 to help local Chinese grassroots organizers use social media to be change agents. She served on the China and Inner Asia Council of the Association for Asian Studies.

We mourn Jing Wang’s passing and extend our deepest condolences to her family and friends.

For over two decades, Jing Wang provided leadership for Chinese Studies at MIT, during a time of great growth and expansion of the number of students studying Chinese language and culture. Jing had a clear vision for the development of the curriculum, and was deeply committed to the pursuit of excellence in service to the students. She enjoyed warm and close relationships with her students, mentees, and colleagues, and will be forever remembered for her impact on Chinese Studies at the Institute.

Jing was a powerful force. She had a deep commitment to social justice, integrity, and the pursuit of excellence, and she spoke out whenever she saw injustice or wrong. Jing felt passionately that students should not only learn Chinese language, and fundamental aspects of Chinese culture, but also understand the power dynamics that structure US-China relations and racial bias. As a mentor, Jing was deeply caring and she always pushed me to do and be my very best, whether as a scholar, teacher, or cook. I will never forget her wonderful meals, and inspiring cooking lessons at her lovely home. The Chinese group will be dedicated to continuing your legacy, Jing!

Wang Laoshi was a gourmet. One of my most vivid memories of her is the time she invited me to her house for dinner. She removed the expertly-marinated beef from the fridge and put it onto the grill. I still remember the sizzle and the mouthwatering aroma that followed.  It was an unforgettable dinner with sumptuous food and many pleasant conversations.

Wang Laoshi was a lighthouse. Her constructive and direct advice saved me many times from detouring in the darkness. Her outstanding scholarship and superb wisdom were guaranteed in every conversation we had. Wang Laoshi is a true towering figure. Her legacy is profound and will be everlasting.

I was shocked to learn that Professor Wang had passed away, and was deeply saddened. Professor Wang was an amazing role model, incredibly humble and easygoing, and loved her students like they were her own children. May heaven be free from illness and torment, and may Professor Wang rest in peace.

Jing had a high standard for me in my professional life because she believed in my abilities to do better.  She was a great mentor.  She was also incredibly caring and supportive.  She attended my daughter’s art show and other activities outside of MIT. I really appreciate her effort to take an interest in things that are important to me. I feel very privileged to have known her and worked with her. I will miss her dearly.

Even now, I can not believe this sad news. We have not seen each other for two years because of the pandemic. We originally thought we could meet again in September, but who could have thought we would be saying goodbye like this. Professor Wang always encouraged me during my six years here at MIT. I always walked away better off and inspired after talking to her. Professor Wang gave me a lot of support and recommendations when I started a new calligraphy class three years ago. She shared her favorite copybook, her experiences in the practice of calligraphy, and would invite me to discuss and practice calligraphy together at home. These times have become some of the best memories in my life. It warms my heart when thinking of them. I will forever treasure this part of her that was so caring and never forget it.

During my several years of working with Professor Wang at MIT, I felt that she was deeply caring. She cared about her colleagues, younger generations and everything happening around her in the world. I have been struggling to accept the news that she has passed away.  I hope the care that she had will affect more people, and her enthusiasm for the public good will have a greater impact. May the world she is in now be free from illness and worry.

From her colleagues in China

In April 2022, Jing Wang’s friends, students and team members in China raised money and planted a 100-mu [about 16 acres] Haloxylon ammodendron memorial forest in the desert of Minqin, Gansu Province—a place she especially loved. They also have plans to set up a monument in the memorial forest to make a website to commemorate her.

As a tribute from the Chinese group, we present this guided meditation, “See You Again.” 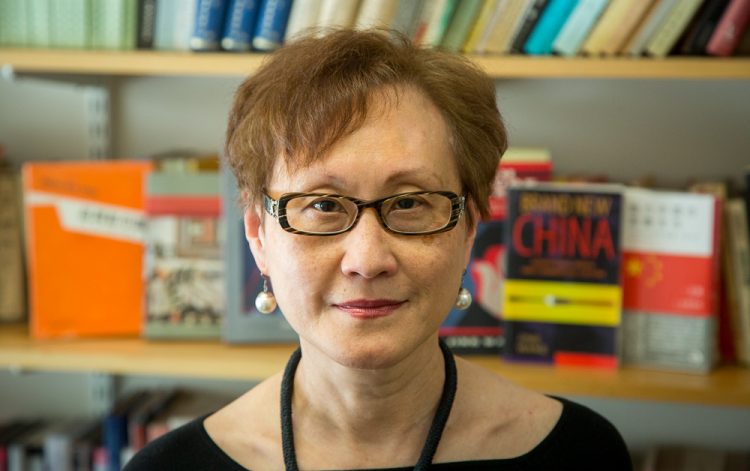 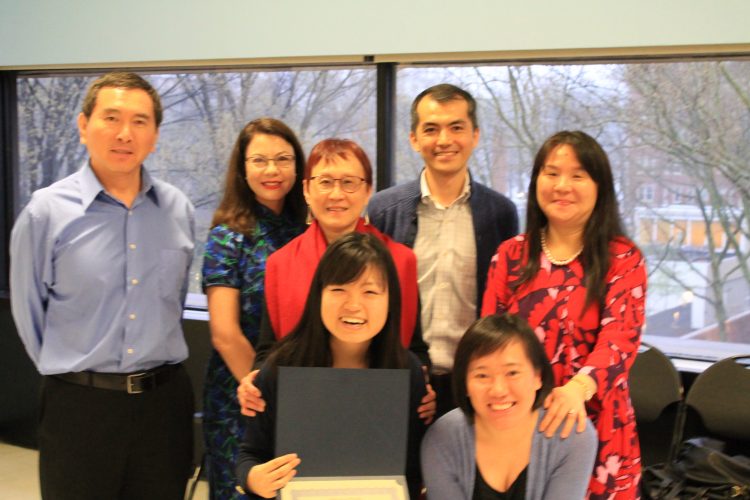 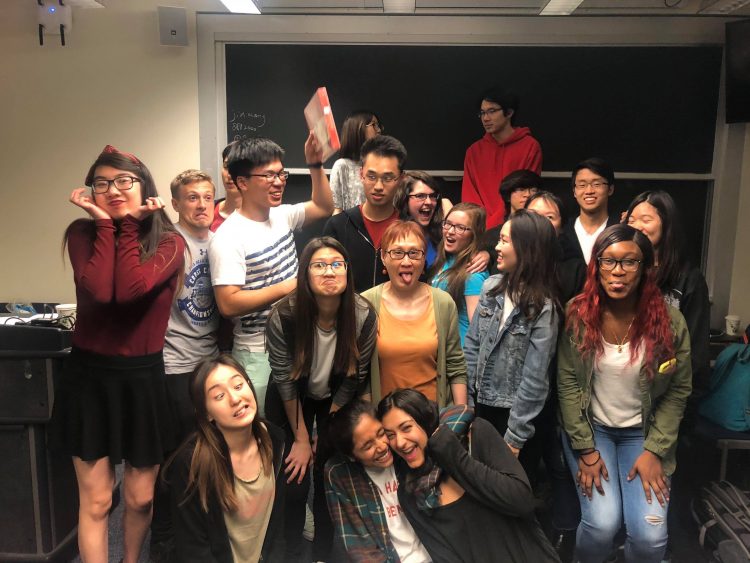 Jing joins her students for a moment of levity after class. 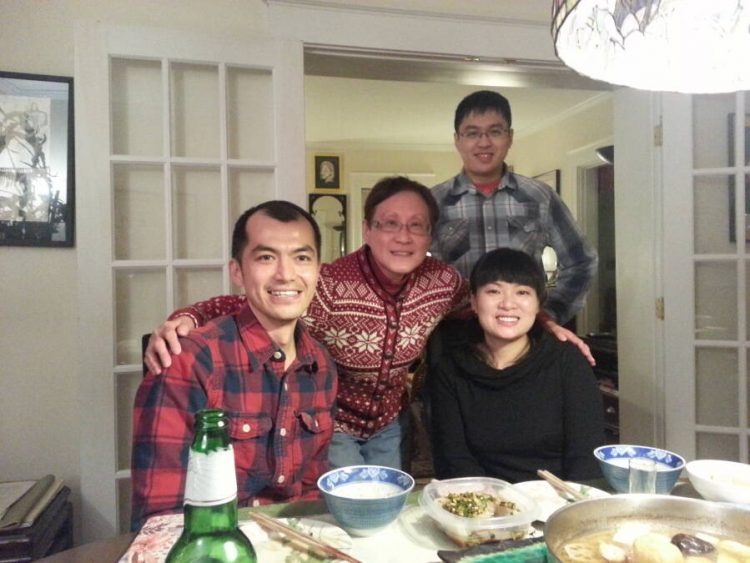 Thanksgiving 2014: Jing after enjoying a homemade dumpling meal with colleagues and friends. 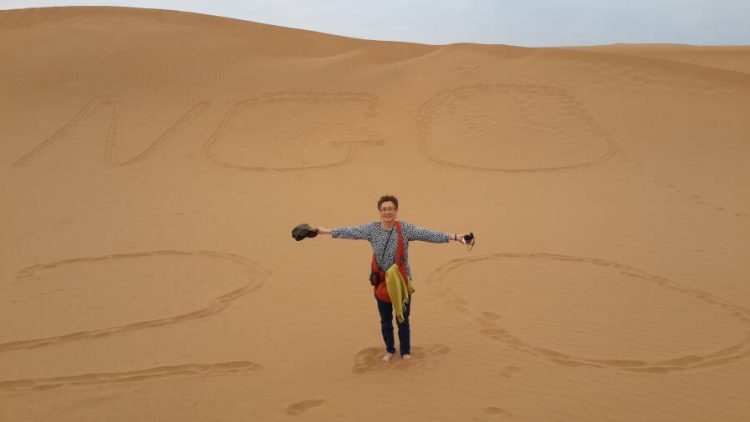 June 2013: Jing enjoys the Tengger Desert on a trip with NGO 2.0 colleagues. 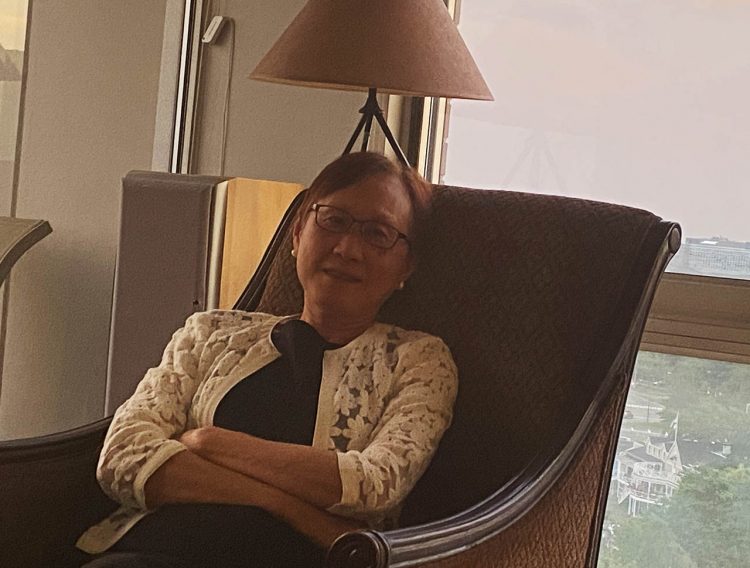