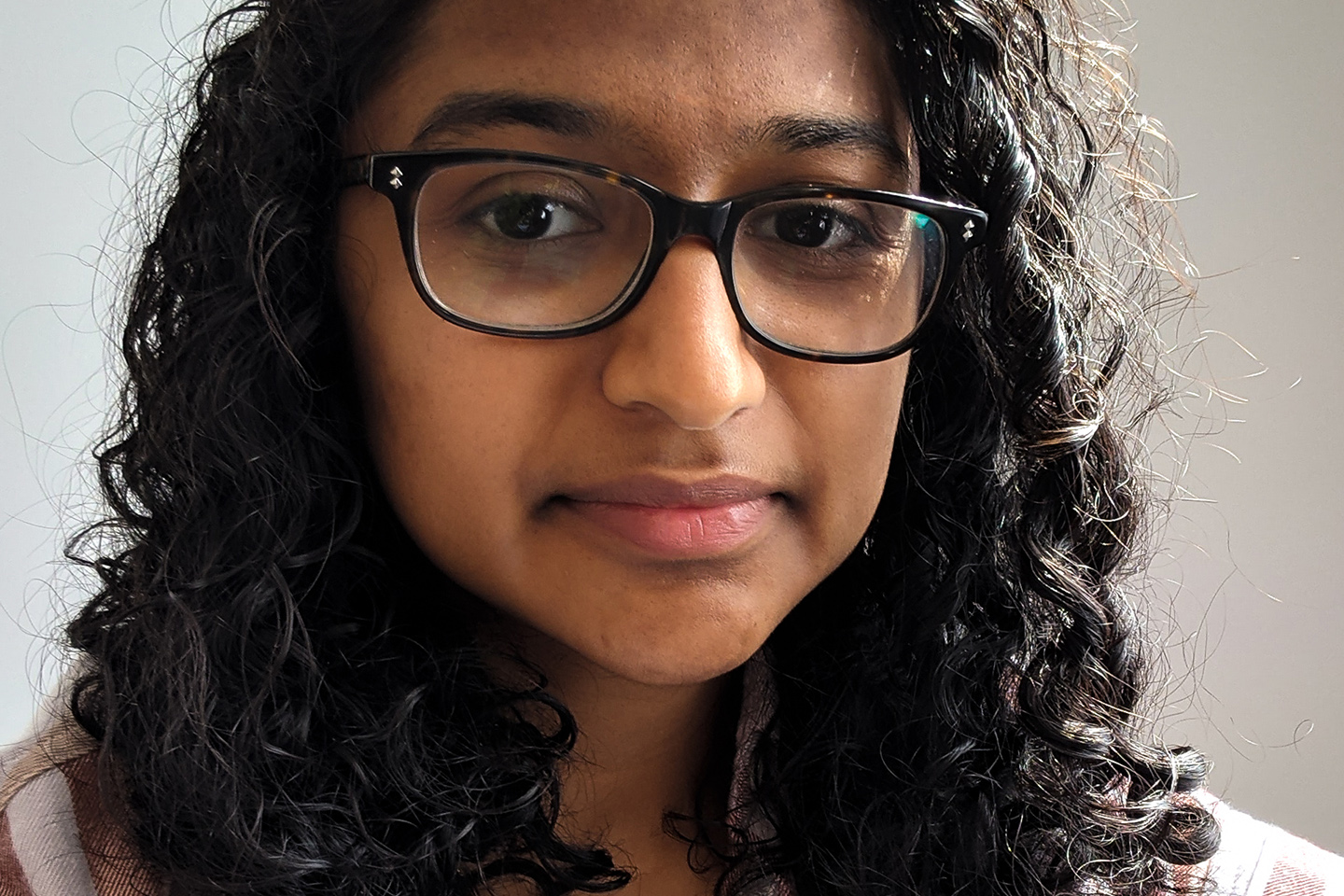 The United Nations has declared September 30 as International Translation Day. As a special feature in honor of this day, we highlight MIT alum Anjali Nambrath, class of ’21.

While majoring in physics and mathematics, and minoring in French at MIT, Anjali became inspired to take on a project of translating a play into English: Hurlevents by Quebecois playwright, Fanny Britt. She began by translating just one scene while taking Professor Claire Conceison’s Theater Arts class “Play Translation and Cultural Transmission,” and then continued on with her work with help from Professors Conceison and Catherine Clark.

At a Global Languages Student Research Showcase last May, Anjali described some of the challenges of conveying the nuances and shades of meaning in creating an English version of the play. She pointed out that the play itself is not written entirely in French, but rather includes some code-switching with English. Anjali noted “the question of language is wrapped up in a lot of the politics around Quebecois identity and that becomes kind of a subplot… There’s a minor tension in the play and translating this into English is very complicated, because the whole point of this is that there’s a power dynamic and some kind of Anglophone hegemony that they’re fighting against.” She also discussed the challenges of rendering the flavor, rhythm and pacing of the characters’ conversation, which is so important to this play.

Last spring, Anjali worked with Professor Conceison on a staged reading of the translated play with a professional cast.