Naoko, Ritsuko, and Emi discuss the band's history and their influences 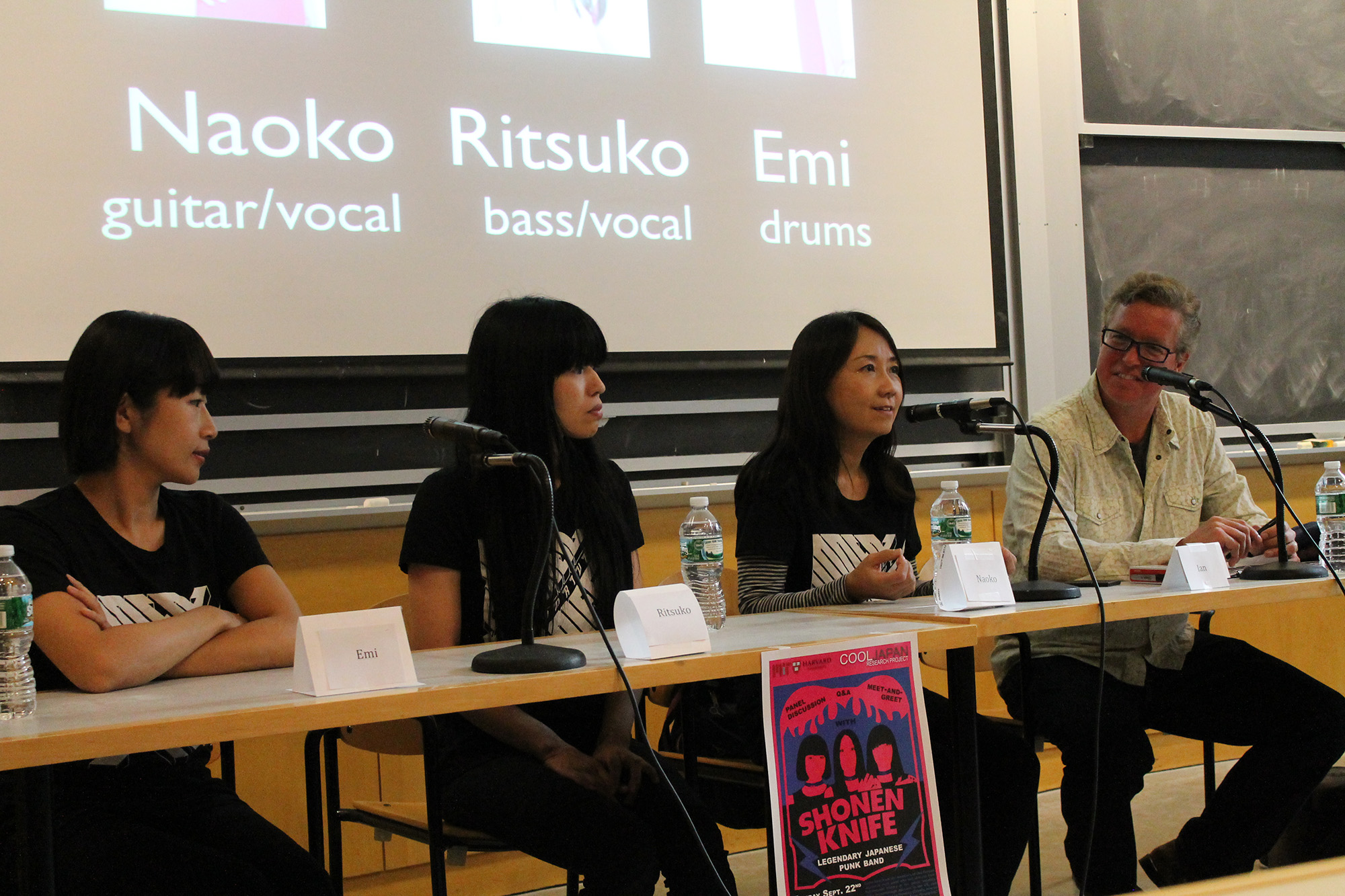 The panel was chaired by MIT Professor Ian Condry (above far right).

Naoko described the band’s history and her musical influences. She remarked that she prefers songwriting in English due to the language’s cadence and because English is the “language of rock music.” The crowd of 70 included MIT undergrads and profs, Harvard scholars, fans of the band, and others. The presentations were followed by questions from the audience.

Later that night, the band performed at a sold-out show at the Middle East.