Vivian Tran was awarded first prize for “In the Ticks and Talks,” a powerful memoir that centers around the changing relationship between a Chinese grandmother and her Chinese-American granddaughter through the recurring image of an heirloom watch. Judges were impressed by Tran’s ability to weave together different stories into a “memorable autobiographical narrative that is eloquent about culture.”

Caleb Lin was awarded second prize for his poem “From Beijing to Beijing.” Called “vibrant, intriguing and evocative” by one judge, the poem uses vivid language and pop culture references to transport the reader from the outer rings of Beijing to Tiananmen Square. 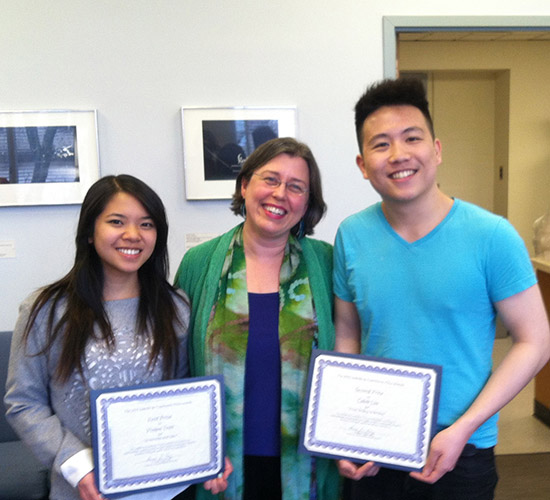