Mira Partha has been awarded First-Place Prize for “Of Swarams and Arpeggios,” a meditation where song serves as a metaphor for a hybrid cultural identity in which the whole is clearly greater than the sum of the parts. By transporting the reader between the musical traditions of Southern India and the “West,” Ms. Partha gracefully traces, reconciles and claims both cultures as a harmonious whole in her binational psyche.

Sefa Adzo Yakpo has been awarded Second-Place Prize for “If the Label Sticks,” a poetic and engaging portrait of her life as “the child of two worlds but the adult of three.” She reflects on the confusing, but ubiquitous, nature of labels as she learns about identity, difference and intolerance –“belonging and not belonging at the same time” –in Ghana, England, and America.

The students received their awards at the Global Studies and Languages “Awards for Excellence Soirée” on Wednesday, April 26, 2017. 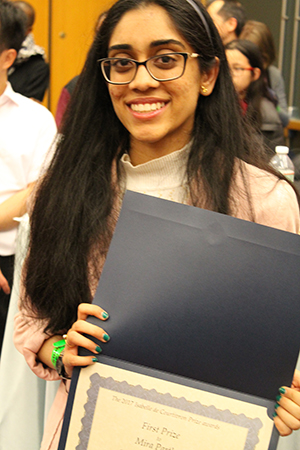 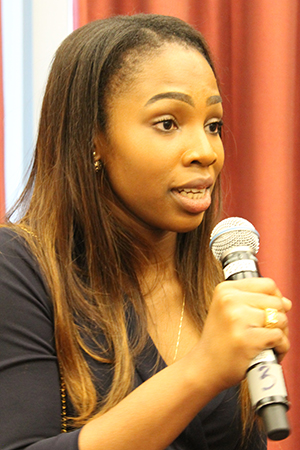