“The benefit of language is so clear—how it opens up new doors. You can imagine yourself in place you couldn’t have imagined before.”

After attending Chinese school every Sunday from age 4 until he was 18 years old, Charles Huang ’11, the child of Taiwanese immigrants, initially viewed MIT as a liberation from language study.

“When I got to MIT, I was so happy my Sundays would be free,” he recalls. “I would have fun and sleep in.”  But during his first semester, Huang came to feel, he says, “something was really missing in my life, that I wasn’t keeping up with Chinese culture.”

For second semester, Huang, a management science major, signed up for 21G.101 Chinese I, and committed to taking every Chinese language course that would fit his schedule. “These were classes that took up most of my time, with lots of memorization by rote, and writing out characters stroke by stroke,” he says. “But I thought really knowing Chinese would influence my life in the future, so I decided to take it as far as I could at MIT, and minor in Chinese.”

Today, as a product manager at Spotify, with a career history that already includes stops at Google and other high tech proving grounds, Huang does not regret a minute of time spent in the rigorous study of Chinese characters and conversation.

“It was clear even then that the Chinese economy and global influence were really expanding, and I was hearing stories from family friends and alumni about real opportunities emerging in China, especially for educated Americans well-versed in the Chinese language,” says Huang. “So I was motivated by that practical belief, as well as by homesickness.”

Huang grew up in Westbury, New York, with parents who spoke mostly Chinese at home. They encouraged him and his brother to embrace fully the American customs practiced by schoolmates. “We meshed well with our friends in a town that was majority Italian,” Huang says. “We loved eating Italian food.”  But he also felt he had to be careful about acknowledging his family’s culture. “The one day we brought dumplings to school, we worried what our friends would think,” he remembers.

Huang, who excelled in math and the sciences, and participated in many team sports, said in some ways he and his family led a “sheltered life” in his Long Island hometown. He did not confront overt racism while growing up, he says, and he only heard “indirect hints” from his parents. So it was a revelation to learn about historic persecution of Chinese and other Asian immigrant groups in the U.S., in a series of courses he took from Emma Teng, T.T. and Wei Fong Chao Professor of Asian Civilizations and MacVicar Faculty Fellow.

“If I hadn’t taken these culture classes, I wouldn’t have realized the adversity the Chinese faced in the U.S.,” he says. “My high school curriculum talked about African-Americans, women, and Japanese internment camps, and I couldn’t relate as a Chinese Taiwanese,” he says.

In classes such as 21G.075 The Global Chinese: Chinese Migration, 1567-Present and 21G.043 Introduction to Asian American Studies: Historical and Contemporary Issues, Huang learned many “little known or untold stories about the lives of Chinese people who came here or grew up in this country—stories my parents knew nothing about.”

Teng, Huang recalls, “always tried to tee up conversations, and bring different students’ perspectives to bear on what we were reading or watching.” On one memorable occasion, the class viewed a YouTube clip of a girl of African heritage performing in a Chinese variety show. Tang asked the class to describe what they observed. “I said that the girl was clearly not Chinese,” says Huang. “Tang came back and said that citizenship is not a matter of skin color, and that the girl was a citizen who had grown up in China.”

For Huang, this was an indelible lesson: “I realized I was an ignorant Long Island boy,” he says. “I also saw how subjective discrimination is, and that I should never make assumptions, and be careful how I treat people, because you never know their stories.”

This kind of insight and empathy, along with practical Chinese conversation skills, has worked to Huang’s advantage. He won a critical internship at an e-commerce and social media startup because the Taiwanese managers needed someone comfortable speaking their language and understanding their needs (although Huang admits racing to familiarize himself with business terms in Chinese).

This initial opportunity served as a platform for his first post-graduation job at Google. “If not for that startup experience, Google wouldn’t have been as interested in me,” says Huang. “The team recruiting me was looking for someone with that kind of mentality.”

His Asian culture studies played a part in his work life at Google. As part of an advertising policy group, Huang communicated with teams around the world. “I always felt I had a leg up talking with teams based in Japan,” he says. “I understood their priorities and concerns, and this really helped me make an impact at Google.”

At Spotify, the subscriber music service where Huang recently moved to analyze and track advertising use, he has not yet identified the best applications for his Chinese skills. But he is intent on maintaining his language, in the hope of traveling abroad, or working with Chinese speaking people in the not-distant future. “The benefit of language learning is so clear— how it opens up new doors,” he says. “You can imagine yourself in places you couldn’t have imagined before.” 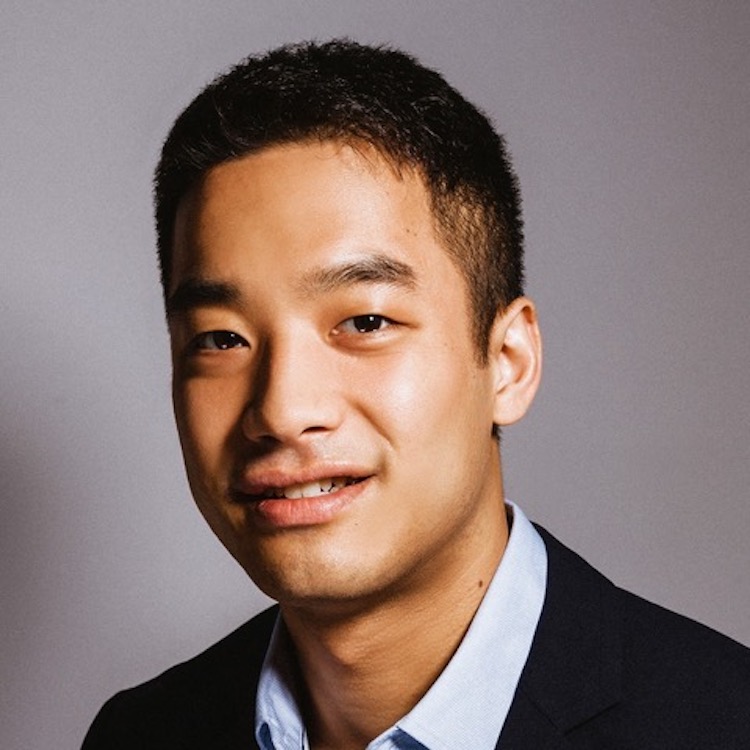