Students of Russian learn about history of space exploration 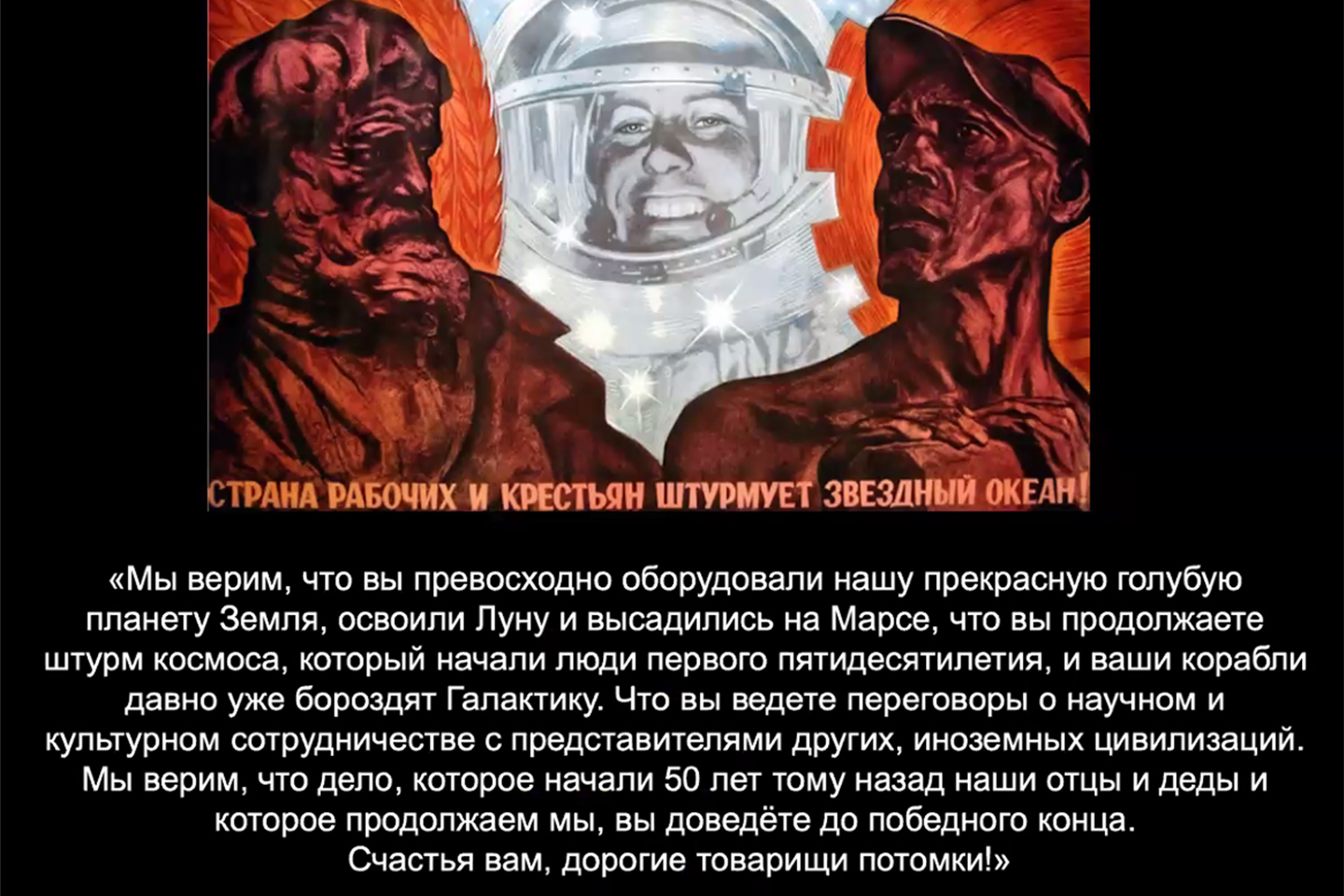 This year marked many important anniversaries in space exploration, including the 60-year anniversary of the first manned space flight by Soviet cosmonaut Yuri Gagarin on April 12, 1961. Students in GL Russian classes participated in a range of in-class and extracurricular activities to learn about the history of space exploration, including two public lectures co-organized by the AeroAstro Department and MIT-Russia Program.

On April 10, students tuned in to listen to the panel of  scholars who discussed the legacy of Yuri Gagarin in history, culture, and public imagination. Presentations by Victoria Smolkin of Weslyean University and  University and Professor Andrew Jenks from California State University,  moderated by MIT Professor of Science, Technology and Society Kate Brown addressed the political and religious dimensions of Yuri Gagarin’s legacy, and the intersections between space exploration and ideology. WATCH VIDEO

On April 11, several students from MIT participated in the New England Olympiada of Spoken Russian, an annual event that focused on space exploration as one of its topics this year. Speech topics and poem recitation events included an option of space exploration themes, and a space-themed sticker context. MIT students Richard Colwell and Tyrone Davis both received awards in the poetry recitation category. (Watch videos of their poetry recitations in Russian below.)

On April 12 (which is also known as the Cosmonautics Day in Russia and several other countries), students from Russian classes had a chance to attend a smaller intercollegiate meeting for students in Russian classes at Brandeis, Wellesley, Harvard, and MIT. Professor  and to practice their advanced Russian skills in a conversation with Professor Smolkin in Russian. Part of the talk and Q&A were conducted in Russian, and in addition to sharing her research into Soviet space ideology, Professor Smolkin reflected on her experience of archival work and cultural encounters in Russia. Students had an option to ask follow-up questions in Russian or in English, and to practice their language skills.

On April 20, as the highlight of the spring space-themed event series, students at MIT and beyond could tune in for the virtual conversation with U.S. Astronaut Col. Michael Fincke, MIT alum (class of 1989), moderated by Piper Sigrest (class of 2018, BS in AeroAstro Engineering, minor in Russian and Eurasian Studies). Col. Fincke talked about his experience of learning Russian at MIT and beyond, and shared many memories of his training and various missions. MIT NEWS ARTICLE

Below: Tyrone Davis recites “Blue Meteorite” by Rooman Sef, for his entry in the in the New England Olympiada of Spoken Russian.

Below: Richard Colwell recites “I Loved You,” by Aleksandr Pushkin, for his entry in the in the New England Olympiada of Spoken Russian.