Uncompromising: The Dirty Snow that Refuses to Melt 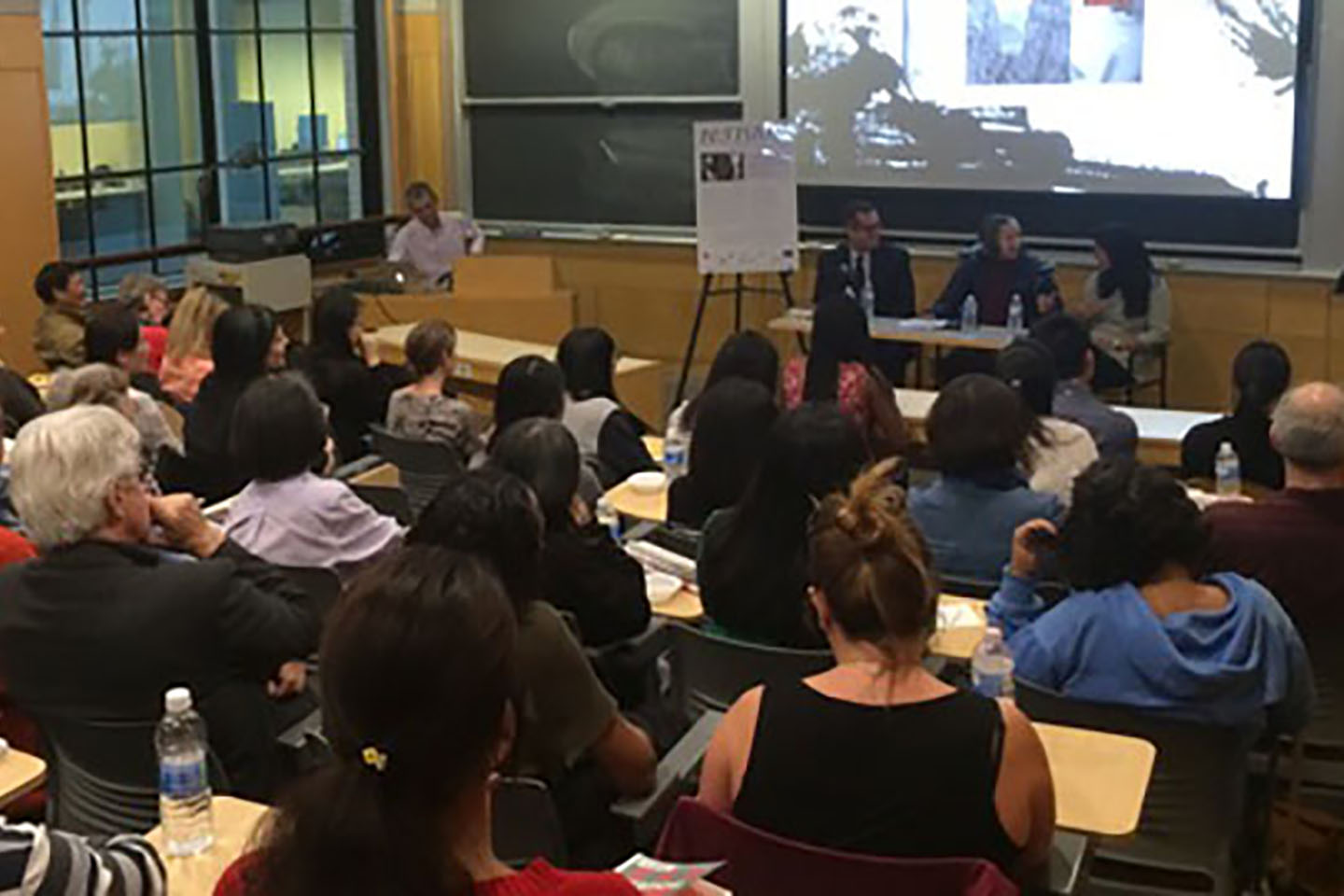 On Thursday evening, October 6, MIT celebrated over 30 years of the strange and marvelous experimental fiction by the Chinese avant-garde writer Can Xue. Can Xue (which translates as the dirty snow that refuses to melt) is recognized as one of the most experimental writers in the world.

Helen Lee, director of Women’s and Gender Studies, introduced the “re-Vision Women Writers Reading Series.” Min-Min Liang, from Global Studies and Languages Section, introduced Can Xue. The guest writers, Porochista Khakpour and John Donatich, and Can Xue each read sections of Can Xue’s work, followed by a lively Q&A in which the audience interacted directly with Can Xue.

The event, which was hosted by Global Studies and Languages Department, was also part of the “re-Vision Women Writers Reading Series,” presented by MIT’s Women’s and Gender Studies and Pen New England; and the MIT Talk series sponsored by the Chinese Students and Scholars Association. The event came about by the combined efforts of many sponsors, including MIT Global Studies and Languages, Women’s and Gender Studies, PEN New England, the Office of the Associate Provost, Literature at MIT, the MIT Libraries, and the Chinese Students and Scholars Association. It was also funded in part by the Council for the Arts at MIT. The event was organized by Min-Min Liang, Chinese Lecturer at Global Studies and Languages department, and Jonathan Griffith, Assistant Director of the MIT-SUTD Collaboration. More than 100 people from MIT community and other communities from the greater Boston area packed an overflow room to see and interact with this well-known Chinese writer who has been uncompromising in her writing and her art for more than thirty years.

Can Xue began to write in the early 1980s. She describes her works as “soul literature” or “life literature.” Born in 1953 in Changsha City Hunan Province China, Can Xue is the author of many short works of fiction, novels and volumes of literary criticism. Seven of her works have been published in English, including her novel The last Lover (Yale University Press, 2014), the winner of the prestigious 2015 Best Translated Book Award for Fiction. She is also the finalist for the 24th Neustadt Prize for Literature, America’s most important literary prize for international writers. Joining to celebrate Can Xue were Porochista Khakpour, author of The Last Illusion and Writer in Residence at Bard College, and John Donatich, author of The Variations and Director of Yale University Press.