Why Abby Bertics is going to Yekaterinburg 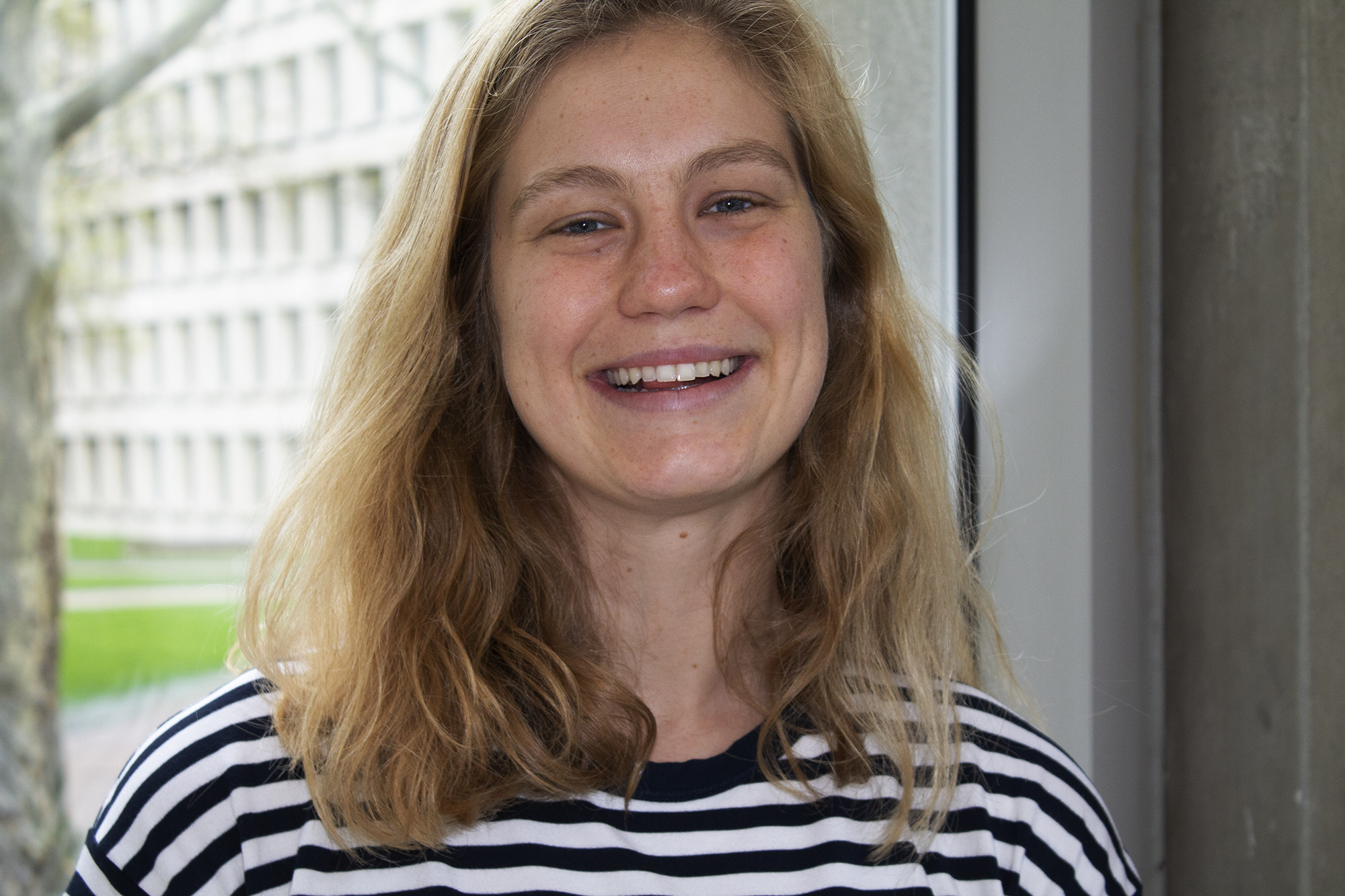 Some might wonder how Abby Bertics keeps it all together. An MIT senior from La Jolla, California, Abby is not only a top volleyball player (becoming the first woman at MIT to be voted Academic All-America Team Member of the Year for Division III), she is also a graduating this year with a Computer Science major and a minor in Linguistics. To top it off, she was just awarded a Fulbright Fellowship to spend a year in Yekaterinburg, Russia, where she will be working on her research in computational analysis of language acquisition.

Abby took Russian I through Russian IV with MIT’s Global Studies and Languages. What first got her interested in the Russian language is her family background. Her grandmother is Russian. Also, she’s a “huge fan” of learning about languages and grammar in general. Russian grammar is notoriously difficult. For example nouns change their endings based on gender, case, and number. She had also studied French in high school, but finds Russian more challenging because it’s yet more different from English. She visited Russia as a tourist during her first year at MIT, which also gave her a taste for the country and its culture.

Her Russian classes were “awesome,” she said. Her instructor, Maria Khotimsky, had a big impact on her, and “really cares about not just teaching words, but culture, and real appreciation for language.” She enjoyed the more intimate language classes, with 18 students or less, while her other classes during her first couple of years at MIT were large lecture hall classes. Nowadays there are a lot of online resources for people wanting to learn a language, so why take a class? Abby explained that the “whole purpose of language is to communicate with people, so I don’t know how else you would learn it except from people.”

Abby’s major in Computer Science and minor in Linguistics are very connected in her research.“There’s so much data out there. Computer Science opens up everything.” She explained that in the field of natural language processing, computer scientists are “trying to use machine learning to do language tasks, process speech, do sentiment analysis. . . From the linguistics side, we’re using computers to better-understand language.” Abby is thinking about going to grad school—but doesn’t want to restrict herself to just one of her two fields, but “at the intersection between the two.”

Abby’s proposed research, for which she was granted a Fulbright fellowship, is to investigate the effect of a person’s native language on the acquisition of a second or foreign language. She will be researching computational models to aid in understanding this process.

Sponsored by the U.S. Department of State, Fulbright’s goal is to build connections between the people in the U.S. and other countries through international educational exchange. The Fulbright U.S. Student Program is administered at MIT through the Office of Distinguished Fellowships.

Abby knew she wanted to do her research in Russia, but rather than choosing an academic institution in Moscow or St. Petersburg, Abby chose a campus in Yekaterinburg (also known as Ekaterinburg), which is Russia’s third-largest city, and about a 24-hour train ride east of Moscow, located on the eastern slope of the Ural Mountains. The average temperature there is below freezing seven months of the year! One attraction is that they have a vibrant volleyball scene, and a professional team!

She will be at Ural Federal University (whose motto is “Think. Act. Achieve.”), working with faculty member Pavel Braslavski, whose research papers include titles like “How to Evaluate Humorous Response Generation, Seriously?”; “What do you mean exactly? Analyzing clarification questions in CQA”; and “Does everybody lie? characterizing answerers in health-related CQA.” (CQA stands for “community question answering.”)

As to why she chose Yekaterinburg, Abby points out she wanted to “push myself outside of my comfort zone; go someplace different. When you do that, you learn a lot from people.”

As to how Abby balances all of her academic pursuits with being a serious athlete, she said that sports has always been part of her life. She finds that being on a team hones a lot of “soft skills,” such as being able to collaborate well with others. She continued, “I can’t imagine my four years at MIT without the people on the volleyball team. I’ve grown through the sport.”

Yes, but how does she have the time? “I’m more efficient with my time when I’m on a team, more disciplined. In season, the more I practice, it seems like the more I have free time.”

After the interview, Abby strode away, a tall figure with a skateboard tucked under her arm.