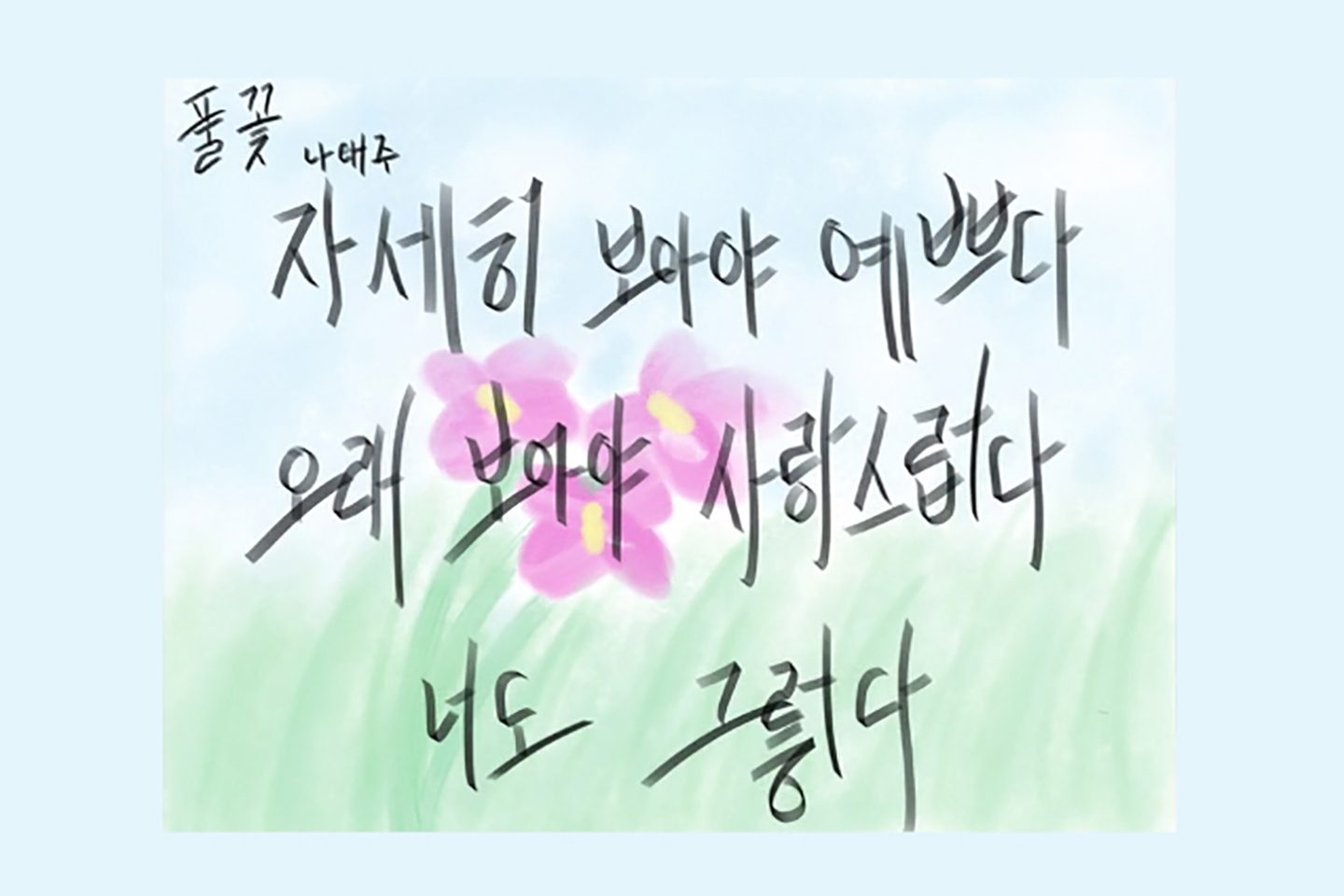 The focus of this year’s event was a calligraphy contest and a “Golden bell” quiz.

Korean Lecturer Hee-Jeong Jeong explained how the calligraphy contest was organized. Taking into consideration students’ proficiency level, students were assigned one of three Korean poems. These particular poems are widely-beloved and memorized in Korea (see English translations below). After a brief introduction to the poems in the classroom, students were given one week to write the poem with their own font, style, tone, and look, based on their understanding and interpretation of the poem. Jeong pointed out that not only will students get an appreciation of Korean culture by studying and interpreting the poems, but the challenge was also a great vocabulary-building excercise. From the 57 submissions, 24 were selected. On Hangeul Day, October 9, students were invited to vote for the four calligraphy pieces they liked best.

Following the voting for best poem calligraphy, the Golden Bell quiz was held. Students were divided into two groups, based on their proficiency in the language.  The quiz tested knowledge of Korea and the Korean language.

At the conclusion of the event, awards were presented: 16 students received awards for their calligraphy, and six students for the Quiz. The awarded Amazon gift cards were supported by MISTI-Korea!

This video of our Hangeul Day event features some of the great student calligraphy!

Grass Flower by Tae-Joo Na
Pretty
With a close look
Lovely
With a long gaze
So are you.

Foreword  by Yun Dong-ju
Wishing not to have
so much as a speck of shame
toward heaven until the day I die,
I suffered, even when the wind stirred the leaves.
With my heart singing to the stars,
I shall love all things that are dying.
And I must walk the road
that has been given to me.
Tonight, again, the stars are brushed by the wind.